Because certain proscribed “truths” that individuals who happen to be of [REDACTED] race and [REDACTED] faith must be assumed more innocent than others… regardless of the damage to justice, many, many, many, many, examples of minors have been sacrificed upon the alter of political correctness… 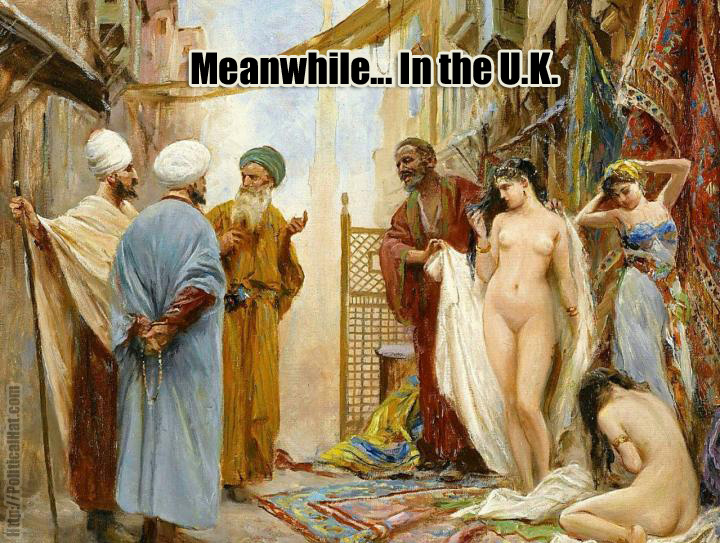 It is one thing to try to dispel unfounded racist stereotypes.

Yet… far too many police in the U.K. have sided with Political Correctness over any sane person’s idea of “justice”. But you know things are bad when even the far Left BBC admits that rape victims were kicked to the curb in order to protect their evil handlers due to the “problems” that would arise be prosecuting those of a [REDACTED] race and [REDACTED] faith.

“So what went wrong? As the Mayor of Greater Manchester Andy Burnham put it, there was an institutional mindset in which young, vulnerable girls were not seen as the victims but as the problem.

“They were children in our care. Children some of those in authority labelled as prostitutes and promiscuous. Children who it was said had chosen to be exploited.

“And the perpetrators were all from an ethnic minority which the authorities recognised had itself been a victim of prejudice and racism.

“However demanding and difficult they may be, the welfare of children must always come first.”

Even with a slipping acknowledgment of the truth, will anything change?

But will such death and horror really result in any fruitful change?

This entry was posted in Progressives and tagged DOOM, Europe, Leviathan, Social Justice, War on Women. Bookmark the permalink.