The rape/grooming gang epidemic in the U.K. has already seen the government turn a blind-eye, at best, and actively cover up the epidemic of men of [REDACTED] faith and [REDACTED] ethnicity. Some police have even partaken in the sex trafficked underaged girls, and now in Rotherham it seems that this may have gone up to the very top: Two Rotherham council members have been accused of having sexual relations with some of the victims.

“The complaints against the two Rotherham councillors ‘are understood to have been sent to the National Crime Agency, which is investigating child-sex crimes in the town,’ according to The Times, which helped expose the abuse in Rotherham and published confidential documents that pointed towards police and council knowledge of the abuse in 2012.

“The findings make uncomfortable reading for councillors in a town that has been at the centre of one of the country’s worst abuse scandals. The inquiry was set up to ascertain the extent of any cover-up and look at the treatment of whistleblowers by Rotherham following last year’s damning report .

“It discovered a culture of bullying, sexism, suppression and misplaced ‘political correctness’ and a ‘deep-rooted’ culture of cover-ups, reports the BBC.” 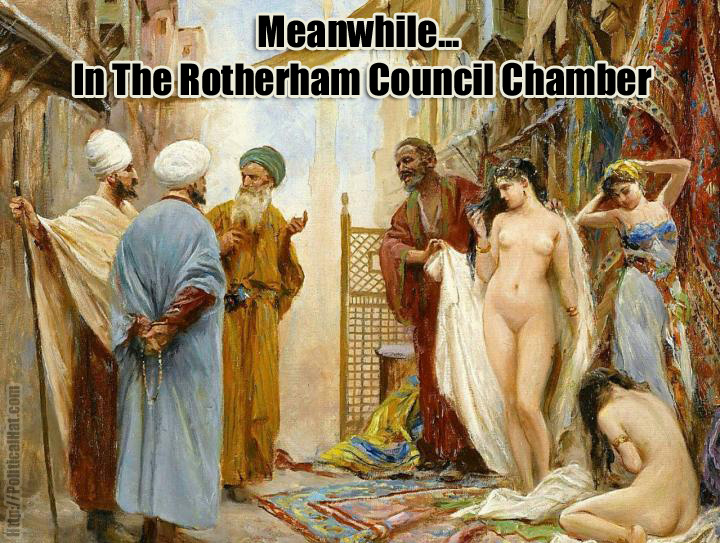 This entry was posted in Progressives and tagged DOOM, Europe, War on Women. Bookmark the permalink.