Is There ANY City in England not Infested with Rape Gangs?

Rotherham is best known as being the English city where child sex trafficking was allowed to go on lest anyone who would dare to intervene be called a “racist“. However, this is going on in many more cities. Now, two more cities can be added to the list: Huddersfield and Oxford. 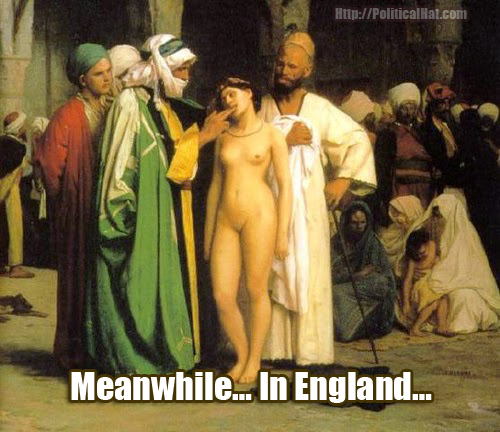 In Huddersfield, “24 men and two women [were] charged with abusing over 120 underage girls”.

In Oxford, another gang was “accused of grooming and raping a number of 12-year-old English girls”.

In both cases, as with the aforementioned incidents, perpetrators were of [REDACTED] ethnicity and [REDACTED] faith.

The fear of being “racist” is so great, that White Britons are willing to allow pre-teen girls to be raped. At this point, only non-Whites of [REDACTED] ethnicity will be able to stand up and stop this evil.

This entry was posted in Progressives and tagged Europe, Leviathan, Social Justice, War on Women. Bookmark the permalink.

One Response to Is There ANY City in England not Infested with Rape Gangs?