The Normalization of Rape Gangs

The first “rape gang” uncovered in England, Rotherham, shocked people. Since then rape gangs in Birmingham, Rochdale, Huddersfield, and Oxford, amongst others, has highlighted the question: Is there any city in England not infested with Rape Gangs?

With one of the biggest rape gangs yet in Telford being uncovered, the answer is increasingly appearing to be “NO”. 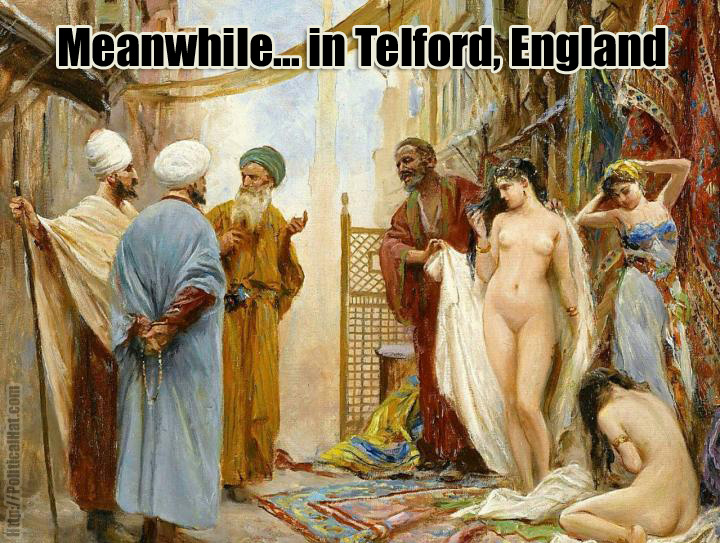 Up to one thousand girls were raped, prostituted, and in some cases even kill, with victims as young as 11. All this in a city with ca 170,000 people. An investigation by British newspaper The Mirror found:

The most frightening part of this is that, yet again, the authorities tried to cover it up, in effect helping silence the victims thus helping the rape gangs rape, with authorities going so far to simply dismiss this as prostitution or saying that it was all “consensual“. Perhaps even more ominous is that they began by targeting a local children’s home. And all this in order to not be accused of an even great sin in modern day Britain: The accusation of “racism“.

The United Kingdom is doomed.

2 Responses to The Normalization of Rape Gangs