Posted on September 1, 2015 by The Political Hat

Now Birmingham — Alabama, not England —­ has seen a plain clothed police officer beaten unconscious for fear of being labeled “racist” by the hacks in the media.

“The detective, who is still in the hospital recovering from injuries to his head and neck, now reveals that he hesitated to use force against Cunningham because of the post-Ferguson war on cops. ‘A lot of officers are being too cautious because of what’s going on in the media,’ the officer told CNN. ‘I hesitated because I didn’t want to be in the media like I am right now.'” 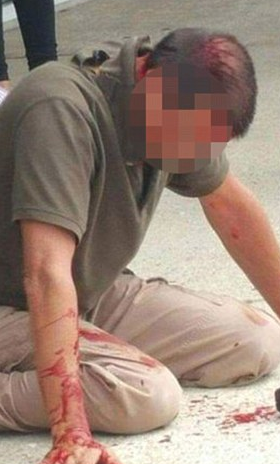 Thankfully this hasn’t gone so far, yet, to turning a blind eye to young girls being sold for sex, though since cities like San Fransisco have already embraced worse as morally acceptable.

When people fear being beaten or killed less than being smeared as a H8r in the media, than society has entered a very dark place.  The only difference between the police officer’s reaction and that of the Rotherham “see no evil” crowd is one of degree only.

The reason that police officers do not take defiance lightly is because, even while the vast majority of the time a person stopped by a police officer isn’t inclined to attack an officer, it is those rare instances they must be prepared for, especially since it only take one instance of being killed to end things permanently.