The Left Are Obsessed About Childhood Sexuality

If there is one thing that the Progressive Left have successfully swept under the rug, it is their penchant for the sexualization of children. Some do so ought sheer perversion and many others do so because they are insane; still others because they think it is the ultimate in “equality” (e.g. age is just a “social construct“) or that it is a form of “liberation” from the repressive individuality that prevents a true immanentization of the socialist eschaton. Moreover, their goal is normalization of sexuality and carnality for all ages.

Perhaps most disturbing is that many of those who are pushing this the hardest are those who are not pedophiles and find no perverse pleasure in this, but seek only to mold the tabula rasa that is the child so that not only is sexuality dissevered from the sexual act (something already achieved in part via the normalization of same-sex “marriage”, but all emotional connection so that carnal pleasure is all that is left, which itself is supposed to wither away in some pseudo-Cultural Marxist sense to into a desexualized world free of biological sex and “gender”.

This normalization has become increasingly open, particularly within academia, where pre-pubescent sexuality is lauded, such as from the Department of Sociology as the University of California, Santa Barbara. 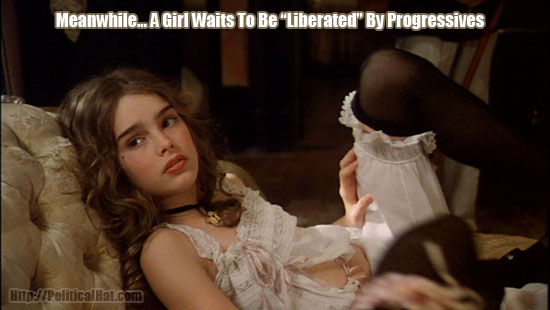 Yes, children are curious and sometimes play “doctor”, but this is something normal people learn to deal with while growing up; while understanding sexuality is not per se off-putting, a whole field of study that obsesses over it in regards to pre-pubescent children is… creepy to say the least, particularly when sexuality amongst toddlers is being lauded and elevates them to the status of a sexual being.

3 Responses to The Left Are Obsessed About Childhood Sexuality