Can We Call It Perversion Now?

“In an interview with the gay news site The Daily Xtra, Stefonknee (formerly Paul) Wolscht details his struggles with being a male-to-female transgender person. 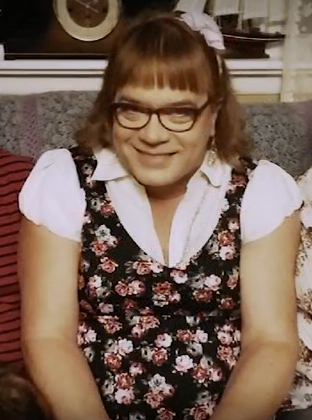 Just going to prove that Millennials don’t have a monopoly on special little snowflakedom  Wolscht declaired that:

“But I’ve moved forward now and I’ve gone back to being a child. I don’t want to be an adult right now and I just live my life like I couldn’t when I was in school.”

Clearly you can “trans” anything and everything.  Trans-gender and trans-racial are being increasingly claimed, and you even have “trans-species” other-kin.  So, since reality has been tossed and declared to be a “social construct” what is there to say that temporal reality isn’t also a construct?

But hey, who’s to say that a grown man who claims to be a six year old girl can’t also be a lesbian?  Hell, if we can’t keep boys out of the girls bathroom, then how can we keep a grown man out of a locker room full of minor girls?  And if anything were to happen, the grown man would be legally considered under the age of consent, and any families that complain will be declared H8rz.

Sound fanciful?  Is it any more fanciful than Same-sex marriage was, or boys showering in the girls locker room?

The interview with Wolscht can bee seen below:

This entry was posted in Progressives, Science and tagged derp, FacePalm, FAIL, Gender, War on Women, WTF. Bookmark the permalink.

One Response to Can We Call It Perversion Now?