What could be crazier than a grown man pretending to be a six year old girl?  A special little snowflake with multiple personality disorder, one of whom is a psychotic pansexual three year old! 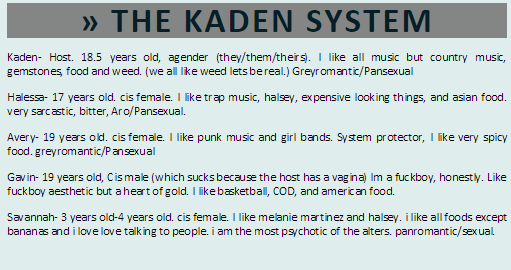 That the other four voices in the snowflake’s head are adult, or nearly so, and are also “pansexual” or a “fuckboy”, just makes this special little snowflake especially mentally ill.

This entry was posted in Uncategorized and tagged derp, FacePalm, Gender, WTF. Bookmark the permalink.