The Final Frontier of the Left: Child Molestation

“‘Though you probably don’t know what those are,’ said Mustapha Mond.

“They shook their heads.

“‘But every one belongs to every one else,’ he concluded, citing the hypnopædic proverb.”

It is an axiomatic belief of the Left that only by surrendering your individual existence from the collective that you gain freedom from others.  The ultimate expression of the individual is their body, their person, and their very sexuality.  Only by teaching, from a young age, that a child’s body “belongs to every one else” can the Bourgeoisie idea of personal autonomy, and thus less than total surrender to the dieu faux god of the collective, be cast aside and a utopia spontaneously pop into existence.

That the true intentions are hidden does not deny this.  Far to often they have let the mask slip and tried to go for the end goal too soon.  Frighteningly, that end goal creeps nearer and nearer. 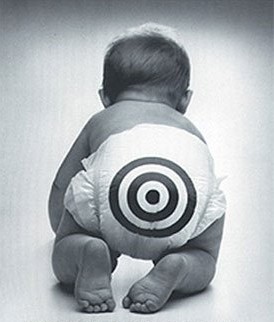 Take, for example, the insanity that is Sweden, where children are punished for not using gender-neutral pronouns or treating toys in a “gendered” way.  In Sweden, monsters spend their time in schools, with the governments blessing, to educate their pupils in:

“‘[T]he right to be a whore at school’ as well as playing the condom game. Apparently this game is similar to musical chairs, but the participants are divided into groups represented by various kinds of condoms. The game was mandatory for all pupils.”

This isn’t just about 15 year olds, but elementary students.  Including:

And then there is the “normal” occurrence where:

“[T]wo seven year old boys competed in a hockey game and the loser had to suck the other boys penis after each lost game. The boy that usually won said he mostly won because didn’t like the smell of urine from the other boy’s member.”

And then there is the “license” for underaged kids to have sex… which was given at the confirmation ceremonies of the Church of Sweden:

“14-year-olds were educated and then issued a ‘knullborgarmärke.’ This is a play with words, referring to a ‘simborgarmärke’ that indicates that you can swim 200 meters.

“Knullborgarmärke should be roughly translated into ‘fuck-badge.’ According to RFSU, the badge gave the 14-year-olds a license to have sex. Since the informers are alone with the kids, priests responsible for the camps claimed they did not know of this occurrence. The practice was stopped once it leaked in 2007.”

But then, all that indoctrination is perfect for “hetero hate day”:

“[T]he day is about the struggle against the hetero society. He goes on to name the emotions they celebrate, that apart from hate include ‘a little bit of horniness, a little bit of frustration, a little bit of joy. Perhaps a little bit of love and such as well.’ The event is sponsored by the Institute for Queer studies and as such receives tax funded sponsoring.”

But this madness isn’t limited to the rape happy rape culture that Sweden has happily created.  In Germany, the state pushes this insanity on Kindergarteners, even to the point of trying to instruct fathers to molesting their infant daughters!

This isn’t some recent fade, but an insanity that has been pushed for decades and across continents.  Such molestation and child abuse has been perpetuated by such famed creative talents as the child-molesting Marion Zimmer Bradley:

“What they did to me is a matter of unfortunate public record: suffice to say that both parents wanted me to be gay and were horrifed at my being female. My mother molested me from ages 3-12. The first time I remember my father doing anything especially violent to me I was five. Yes he raped me. I don’t like to think about it. If you want to know about his shenanigans with little girls, and you have a very strong stomach, you can google the Breendoggle, which was the scandal which ALMOST drummed him out of science fiction fandom.

“More profoundly, though was his disgust with my gender, despite his many relationships with women and female victims.  He told me unequivocally that no man would ever want me, because all men are secretly gay and have simply not come to terms with their natural homosexuality.”

This was endorsed by the deluded or willfully evil parents of children:

“One day… [Walter Breen] brought an eleven year old boy to stay with us for a week, with his mother’s permission, which horrified me. I made sure he had a room and bedding.”

The conditioning is oppressive:

“Naturally, I had been brought up to be completely tolerant. Years ago I read Satinover, who believed that gays were largely ‘pansexual’ that is, preferring sex with EVERYONE of EVERY age and EVERY gender rather than wanting to be limited to one person, and he regarded it, credibly, as a moral and ethical problem, rather than a sexual ‘orientation.’ I can’t tell you how many lesbians I know who simply hate men, or who have been raped and can’t face sex with men because of that.  For me, my research about homosexuality was almost a guilty secret: me thinking the unthinkable.  After all, gayness had always been presented to me as the natural state: I was ‘hung up’ and a ‘prude’ because despite my mother’s pleading with me to ‘try it the other way’ and ‘how could I possibly know I was straight?’ I just couldn’t hack being gay myself.”

This was not limited to one perverted sci-fi writer.  Take for example the evil of the Left in West Germany:

“Even a cursory review of the material revealed that the educational work at the Rote Freiheit (‘Red Freedom’) after-school center was unorthodox.”

The ultimate goal?  The “sexual liberation of children”!  Their “goal” was clear:

“Sexual liberation was at the top of the agenda of the young revolutionaries who, in 1967, began turning society upside down. The control of sexual desire was seen as an instrument of domination, which bourgeois society used to uphold its power. Everything that the innovators perceived as wrong and harmful has its origins in this concept: man’s aggression, greed and desire to own things, as well as his willingness to submit to authority. The student radicals believed that only those who liberated themselves from sexual repression could be truly free.”

What came of this?  Something that would make any sane parent pick up a gun and justifiably kill evil:

“The members of this commune also felt compelled to write down their experiences, which explains why some of the incidents that occurred were reliably documented. On April 4, 1968, Eberhard Schultz describes how he is lying in bed with little Grischa, and how she begins to stroke him, first in the face, then on the stomach and buttocks, and finally on his penis, until he becomes ‘very excited’ and his ‘cock gets hard.’ The little girl pulls down her tights and asks Schultz to “stick it in,” to which he responds that his penis is ‘probably too big.’ Then he strokes the girl’s vagina. “

It gets even worse:

“[A] The game ended when the boy stuck a pencil into his mother’s vagina. The parents also spent a long time discussing whether it was a good idea to have sex with their own children, so as to demonstrate the ‘naturalness’ of sexual intercourse.”

That this insanity was entwined with the Green Party should come as no surprise.

If you recoil at this, then congratulations, you are not an irredeemable monster.

If you recoil as this, but still support Progressivism, than you are even worse than an irredeemable monster.  You are said monster’s tool.

This entry was posted in Progressives and tagged Gender, War on Women, WTF. Bookmark the permalink.

One Response to The Final Frontier of the Left: Child Molestation