The Abolition of Gender in Sweden

The Progressive left’s attempts to divorce the idea of “gender” from one’s biological “sex” nowhere more advanced than in Sweden.  Since males and females are separate and distinct, so much so that the gender-neutral crowd can’t even deny it, the concept of “gender” being nothing more than a “social construct” which much be destroyed in the name of “social justice” is being pushed as the next best thing. 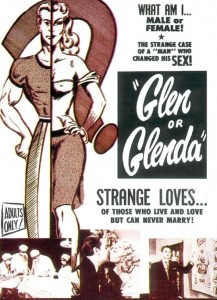 The Swedish have gone so far as to invent a new pronoun, “hen” as a gender-neutral replacement for “him”/”her.”  By controlling the language and the words used to describe ideas, emotions, &c. the government can control what people think.  This begs the question: What is Swedish for “Newspeak”?

But their attempts at “gender equality” have gone beyond mere language.  Toy catalogs are condemned for having “outdated gender roles” and companies have been pressured to show boys playing with dolls.

Now Swedish schools are beginning to ban any expression of “gender” at schools, requiring that kindergarteners refer to each other as “friend” rather then “him” or “her.”  They have gone so far as to ban toy trucks because the boys naturally found them of higher interest then the girls did:

“One Swedish school got rid of its toy cars because boys “gender-coded” them and ascribed the cars higher status than other toys. Another preschool removed “free playtime” from its schedule because, as a pedagogue at the school put it, when children play freely ‘stereotypical gender patterns are born and cemented. In free play there is hierarchy, exclusion, and the seed to bullying.’ And so every detail of children’s interactions gets micromanaged by concerned adults, who end up problematizing minute aspects of children’s lives, from how they form friendships to what games they play and what songs they sing.”

Rather than free children of some alleged imposition of gender, the Swedes are imposing their own “inviolate rules, standards, and taboos” on children.  Ultimately, it is maleness that is seen as almost pathalogical, as if boys were really just girls with dangly bits.  Typical boy activities like roughhousing and physical sports are seen as evil and ought to be banned to “protect” boys from the un-Progressive gender roles:

“[Boys have] kind of rough-and-tumble play that boys favor as a behavior that includes ‘laughing, running, smiling, jumping, open-hand beating, wrestling, play fighting, chasing and fleeing.’ This kind of play is often mistakenly regarded as aggression, but […], it is the very opposite. In cases of schoolyard aggression, the participants are unhappy, they part as enemies, and there are often tears and injuries. Rough-and-tumble play brings boys together, makes them happy, and is a critical party of their social development.

The advocates of a genderless society will simply state that the idea that women should be barefoot and pregnant in the kitchen is a social construct and thus they conclude that all gender differences are evil and must be abolished in the name of “social justice.”

The extent of this lunacy is startling: Proposals to require than men urinate only when sitting have even been seriously proposed.  There are real biological differences between the sexes on how individuals act.

The response from “gender neutrality” zealots is simply to treat the natural propensity of boys and girls to act according to their natural born sex is to declare gender differences the equivalent of a disease that must be eradicated:

“Androgyny advocates like our Swedish friends have heard such stories many times, and they have an answer. They acknowledge that sex differences have at least some foundation in biology, but they insist that culture can intensify or diminish their power and effect. Even if… [a girl] is prompted by nature to interact with a train in a stereotypical female way, that is no reason for her parents not to energetically correct her. Hunter College psychologist Virginia Valian, a strong proponent of Swedish-style re-genderization, wrote in the book Why So Slow? The Advancement of Women, ‘We do not accept biology as destiny … We vaccinate, we inoculate, we medicate… I propose we adopt the same attitude toward biological sex differences.'”

The Progressive left wants nothing more than to override nature in order to create their delusion of a gender-less society.  What Sweden is doing is nothing less than child abuse.