The Witch War Against Kavanaugh

The Left-wing “Social Justice” bent of modern self-declared witches is sadly not a new or novel thing, with everything from degentrification, and Google to transphobes and Trump being hexed or some other pseudo-spiritual ritual applied against them. It comes to little surprise then, to learn that their next target for hexing is newly appointed Supreme Court Justice, Brett Kavanaugh. 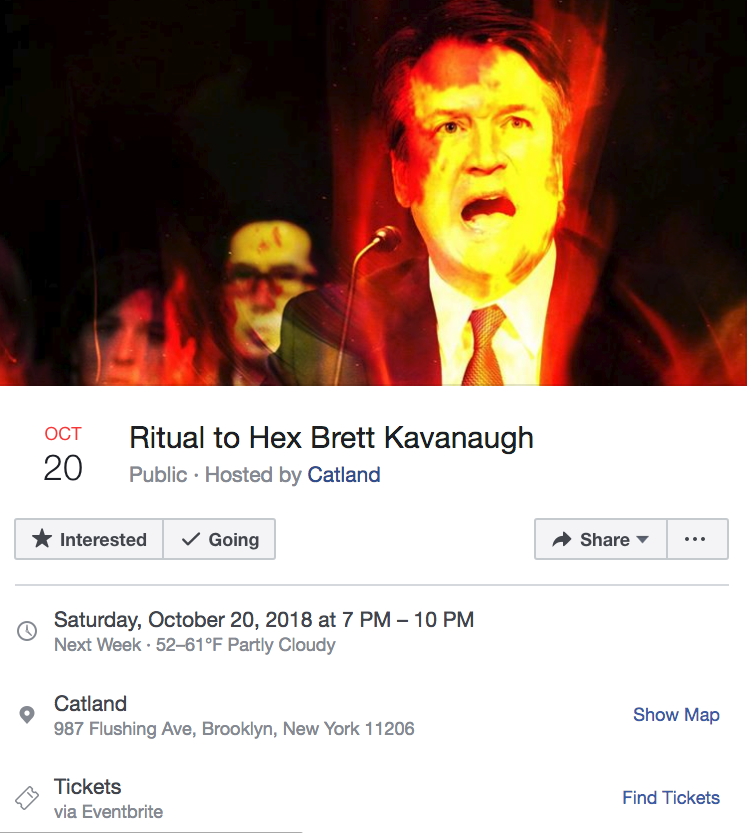 A $10 donation from participants is requested. Even more unsurprisingly, “50% of the event proceeds will go to charity: 25% to the Ali Forney Center and 25% to Planned Parenthood.” They do claim to not turn away poor witches, however…

This has gone “mainstream”…

JFC, I was joking. pic.twitter.com/B6XeECAJyo

What else did we expect from the “party of science“?