“It might take a divine intervention to slow the spread of gentrification and rise of new ‘luxury’ apartments through Logan Square. In the meantime, a trio of performers collectively called WITCH plan to address the Northwest Side neighborhood’s changing face in their own way: by putting a ‘hex’ and ‘protective spell’ on the area. 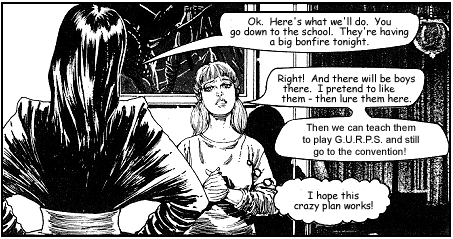 Of course, they aren’t even real witches, just a bunch of poseur cosplayers:

“But is it performance art, social justice, a literal pagan ritual, or something else? Chiara Galimberti, 34, says it’s a mix of art and protest.

“‘We think of it in the art realm,’ she said, but the group also envisions elements of social justice playing a part in it, she told Chicagoist.

“‘We are calling them actions because it brings a level of seriousness and attention to the social justice aspects,’ Jessica Caponigro, 31 added. ‘We’re not sitting around playing dress up.'”

Would some real witches please hex these Social Justice Warriors?

This entry was posted in Progressives, Uncategorized and tagged derp, Lulz, Social Justice. Bookmark the permalink.