It would seem that Donald Trump faces his greatest foe ever!  To whit: A bunch of “witches” on Tumblr have declared that they will cast binding spells on him, curse him, and otherwise hex him. 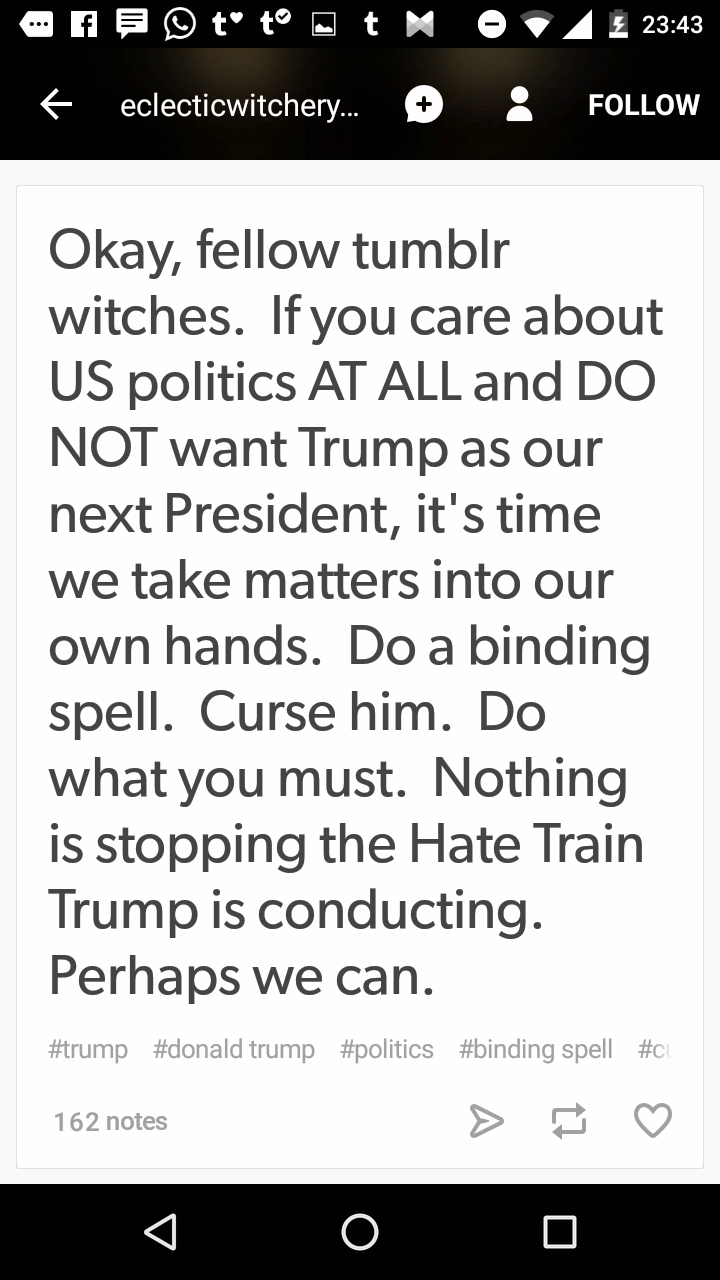 Let’s see who Twitter supports in this epic battle…

Who wold win in a fight:

This entry was posted in Elections and tagged derp, FacePalm, GOP, WTF. Bookmark the permalink.

One Response to Donald Trump vs. Tumblr Witches