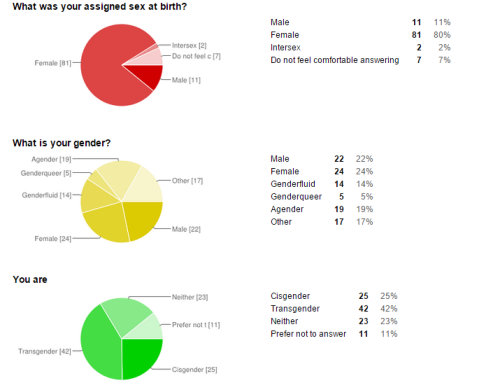 Another special little snowflake Tumblrina even went so far as to declare “We need to exterminate them, with our numbers we could overpower them easily”.

The veritable Robert Stacy McCain summed up this madness succinctly:

You can even take the survey yourself here.

This entry was posted in Uncategorized and tagged derp, FacePalm, WTF. Bookmark the permalink.