Florida Democrats: Swamps Are People Too

It is becoming increasingly common around the world, including the United States of America, to grant human rights to “nature” or “Gaia”, including granting “rights” to rivers, glaciers, and mountain—and then let eco-radicals sue on behalf of said geographic features. Now, the Florida Democratic party is making it part of their platform.

“Almost overlooked at the Florida Democratic Party’s bi-annual convention in Orlando last weekend was adoption of a platform resolution that includes potentially revolutionary language for efforts to protect Florida’s environment.

“One of the ‘be it resolved’ clauses in a ‘Demand Clean Water’ resolution approved by the party’s general meeting includes a handful of key words: ‘recognizing and protecting the inherent rights of nature, as we have done for corporations.’

“The seemingly odd wording is a nod to an emerging national legal strategy in the environmental protection community, one that already is appearing in other statements in Orange County and elsewhere. The effort is to legally declare that rivers, lakes, forests, estuaries, reefs, or other natural features may have inherent rights against degradation, which can be defended in court, much as corporations have been found to possess inherent rights.

“The notion has been emerging in recent years, and is being contested in courts, notably in a multi-pronged battle in Toledo, Ohio. Yet it has roots in a 1972 U.S. Supreme Court case, in which Justice William O. Douglas proposed it, in a dissenting opinion for an environmental dispute, creating a concept which environmental activists now are seeking to validate.” 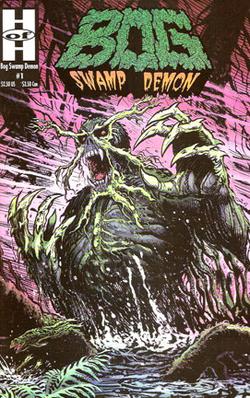 Yes, this scratches a religious itch for many on the Left, but it also scratches their itch for power and dominion:

“Make no mistake: ‘Nature rights’ isn’t about stopping pollution. Rather, it allows anyone to sue to protect nature’s supposed right to ‘exist, persist, maintain and regenerate its vital cycles, structure, functions and its processes in evolution.’ That’s akin to a right to life. (Apparently, human fetuses aren’t considered part of nature.) That means any use of the natural world that disturbs what would otherwise exist in the wild is subject to legal attack.

“Imagine the lawfare extortion possibilities. At the very least, major, job-producing enterprises could be brought to a screeching halt. Try getting a liability insurance policy if the carrier knows anyone can sue to protect ‘nature’s rights.’”

When things have more right than people, it is not the things that are elevated, but that people are diminished.

This entry was posted in Elections, Progressives and tagged Democrats, FacePalm, Green, WTF. Bookmark the permalink.

2 Responses to Florida Democrats: Swamps Are People Too