American Rivers Are People Too

The Colorado River has legal personhood, according to some environmental radicals who are suing on behalf of an ever changing flow of water…

“The Colorado River is about to have its day in court – and not as the subject of a lawsuit, but as the plaintiff.

“In a first-of-its-kind lawsuit in the United States, the state of Colorado is being sued by the Colorado River in an attempt to establish ‘personhood’ for the river and its rights to exist, flourish and regenerate.” 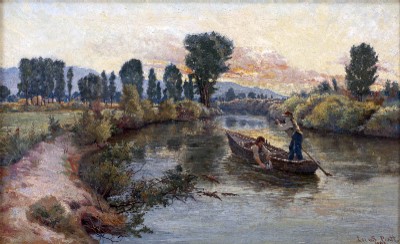 Other legal recognitions of rivers and glaciers have been made around the world, but at least this legal fiction in the United States is requiring actual humans be harmed:

“[I]n the United States, in order to file a suit on behalf of a natural entity like the Colorado River, you must establish that harm is being done to human beings, because the U.S. legal system is based around people. That’s why the suit, which is being filed in Federal District Court next Tuesday, September 26, lists a number of individuals as “next friends” of the Colorado River, including members of Deep Green Resistance, an environmental-justice organization that’s active in nine countries. Flores-Williams is also consulting with CELDF – the Community Environmental Legal Defense Fund – a nonprofit that provides legal assistance in environmental cases.

“Flores-Williams compares the ‘next friends’ that are listed in the suit to other types of legal custodians. ‘The courts have already established that you can have one entity legally represent another entity. The [next friends] in this case are similar to guardians ad litem, executors and trustees.'”

If successful, this will likely be but the toe in the door to open up the aforementioned global insanity domestically, and all the attendant madness that goes therewith:

“This brings a whole new meaning to the sexualized term ‘motorboating’…”

What a stupid time to be alive…

This entry was posted in Progressives and tagged Green, WTF. Bookmark the permalink.