Rivers Are People Too

There have been plenty of insane attempts to grant the Earth legal “rights”.

New Zealand has eclipsed them all by declaring a river to have the same legal rights as a human being. Yes, the Whanganui River is LITERALLY a person according to New Zealand.

“‘The reason we have taken this approach is because we consider the river an ancestor and always have,’ said Gerrard Albert, the lead negotiator for the Whanganui iwi [tribe].

“‘We have fought to find an approximation in law so that all others can understand that from our perspective treating the river as a living entity is the correct way to approach it, as in indivisible whole, instead of the traditional model for the last 100 years of treating it from a perspective of ownership and management.'”

The minister for the treaty of Waitangi negotiations went on to say that the agreement “responds to the view of the iwi of the Whanganui river which has long recognised Te Awa Tupua through its traditions, customs and practice.”

The traditions and customs of the common law and the Anglo-sphere ought to suffice. Embracing the “customs” and “traditions” at odd with reality really do need to be eschewed. 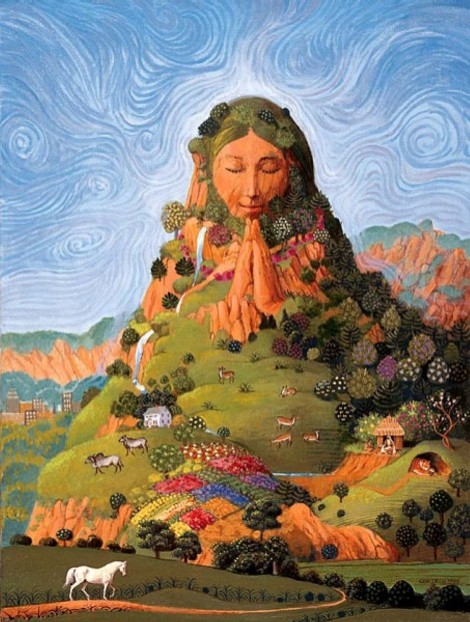 To up the ante, the Indian state of Uttarakhand has declared two rivers, the Yamuna and the Ganges, to both be “living entities” with de facto human status:

“The court justified its ruling on the grounds that the rivers were ‘losing their very existence’ and the situation required ‘extraordinary measures to be taken to preserve and conserve the Rivers Ganga and Yamuna,’ using an alternative name for the Ganges.”

How many hippies who whine about corporations not being people are swooning over a river being declared to have “its own legal identity with all the corresponding rights, duties and liabilities of a legal person”?

This brings a whole new meaning to the sexualized term “motorboating”…

A corporation is owned by human stockholders, is run by directors who are human. A river is just a ditch in the land whereover water flows. It isn’t even an actual living thing like a bird, a hobbit, or an ent!

To put it bluntly, f**k this insane worldview.

A river isn’t even an inanimate object! It is just the flow of water over some quite often shifting path of depressed ground!

If a river can be a person, why not a rock or a lightning bolt?

Why haven’t Ents been declared persons, or Entmoots recognized as legal local governments? #EntLivesMatter, after all…

The so-called secular “science based” green movement and other assorted ninnies will praise this bowing down to this nature-worshipping nonsense. The precedence has been set. It is only a matter of time until it spreads through the “secular” and “rational” Western (post-)Civilization.

20 NZ$ to the first person who can documents themselves literally raping the Whanganui river!

This entry was posted in Science and tagged derp, FacePalm, FAIL, Science, WTF. Bookmark the permalink.

One Response to Rivers Are People Too