The rule of law and democracy are two things that the Progressive Left claim to be fighting for, yet actually fight against. “Democracy“, to them, is not about majority rule, nor even about individuals actually having any say whatsoever about their own governance.

They see democracy as not many voices, but of one voice: The Volonté Générale, a singular and motile will which springs forth Borglike from the masses. This Volonté Générale can only be legitimate when it is a perfect reflection of legitimate society. This legitimate society divides peolple into minitudes of pre-defined interest groups. Since, in their catechisms of their secular faith, kyriarchical traits, such as “Whiteness” or “heteronormativity” grants privilege and power within our society, which is similarly divinely revealed to be build upon oppression, those groups have an undo influence. Thus, to balance this over-influence in order to achieve a perfect balance and thus become a legitimate democratic society, it is insufficient just to achieve equality of representation, but to actually suppress the privileged voices, if not reduce their influence to less than zero.

But their view towards legitimacy is not sufficient per se to elevate this “democratic” society towards a motile consciousness thus achieving apotheosis of the Volonté Générale as the true god that must be supplicated to. To achieve this apotheosis, the body of the god, i.e. the demos, must be purified of sin. This sin, then, is merely the impure thoughts unbecoming of divinity. To wit: Thoughtcrime is sin, and the body politic must be purged of impure thought in order to protect the purity and essence of said body’s democratic functions. 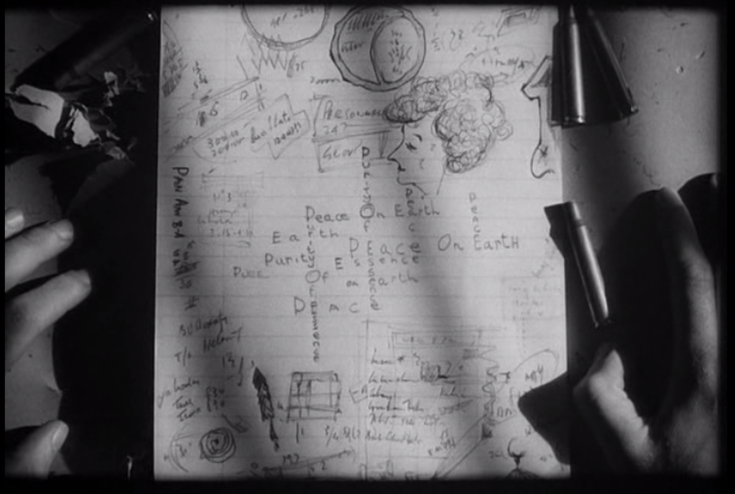 Since the divine and legitimate democratic society is antithetical to such incorrect thinking, it follows that incorrect decisions—or even just impure motive—are declared antithetical to “democracy” as the Progressive Left see it, no matter how broad the support for said decisions. The corollary, of course, is that the pre-determined correct thinking is always democratic, even if great majorities stand against it.

The Progressives’ “rule of law”, then, is not consist with the actual rule of law, nor is their view of “democracy” actually reflective of actual democracy. The declaration of impure thought or motive, then, taints any actual decision. This can be seen by the declaration of invalidity of both of President Trump’s executive orders regarding the temporary travel bans.

Because the executive orders are declared to be motivated by animus, they are considered invalid, even if the orders themselves are not racist or that there are legitimate non-animus related reasons therefor. However, once declared to be sinful by animus, the positions are always considered invalid because no matter what, advancing those positions, even if they are acknowledged as otherwise being legitimate, also advances the declared animus.

By declaring that everything is motivated by an animus, the person so accused ceased to be a person and become nothingmore than animus incarnate. By declaring something motivated by animus, it is forever prohibited even if there is a clear non-animus rational or even if there is no animus, becuase the the “animus” will have been implemented even if the measure is neutral and there is no actual animus. “Animus”, then becomes like “White Privilege” or “Heteronormativity”, a mystical miasma of malfeasance – a spiritual evil.

Thus no matter what the consequences are, it is worth the sacrifice the body politic of the sin of animus. This is part and parcel of the argument by Saint Rawls of the Veil, who argues that once a position or belief are considered undesirable for achieving a particular end, they can not be legitimately brought up. The pre-determined answer and position is thus reached democratically by precluding alternatives from even being considered, because the people (as individuals who vote) don’t know what the will of “the people” (as a collective and motile will) actually wants.

A consequence of this, is that any person who holds an incorrect belief such as a perceived animus, anything said person does is presumed to be invalid and illegitimate.

Further, if a person is declared to have animus towards some group, that person no longer has a valid say because any position assigned to that person is tainted with that animus.  Remember, the Left define “racism” as “power plus prejudice” and define “power” as something that White people have.  Thus, White people are not allowed to dissent in this Leftist “democracy” when it comes to questions of race (and everything is about race). Similarly, this can be applied to straight people, men, “cis-normatives”, the able-bodied, &c.

“Democracy”, then becomes nothing more than shutting up and supporting pre-determined “correct” positions.

Remember, Prop. 8, the anti-Same Sex Marriage measure from California, was struck down because proponents were “animated by irrational hate”, because it was declared that there could be no non-hate reason to support it… It is the same “logic” behind the idea of “microaggressions”.

These judicial decisions regarding the executive order are a blatant attack on the real rule of law and real democracy. These decisions are dangerous precedent, the camel’s proverbial nose in the tent.

This is why it is important to phrase things carefully. This is also why so many politicians are very crouched and wishy-washy in their language—not because (necessarily) they are squishes, but because poorly worded statements can and will be used against them. We must tread carefully and speak in a strategic manner in order to avoid giving the Progressive Left any possibility of using our own words against us, as they have before and undoubtedly will endeavor to do so again.

3 Responses to Impurity of Essence