The Sin of Animus

It has been previously pointed out that if one has “animus” within their soul, everything they say to do is necessarily illegitimate and effectively sinful. This has been unabashedly used to delegitimize anything and everything President Trump has done, is trying to do, may do in the future, most notably with his travel ban executive orders. This “logic” is as follows:

“Because the executive orders are declared to be motivated by animus, they are considered invalid, even if the orders themselves are not racist or that there are legitimate non-animus related reasons therefor. However, once declared to be sinful by animus, the positions are always considered invalid because no matter what, advancing those positions, even if they are acknowledged as otherwise being legitimate, also advances the declared animus. 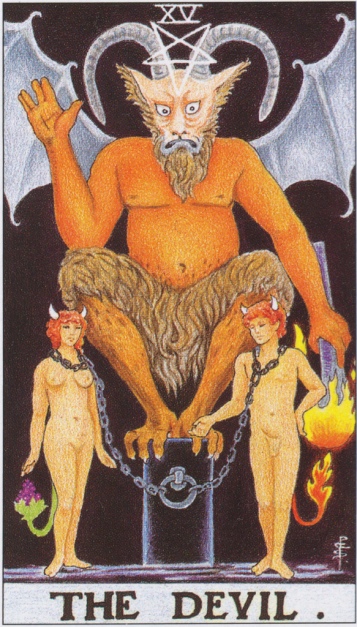 “By declaring that everything is motivated by an animus, the person so accused ceased to be a person and become nothingmore than animus incarnate.”

Lawyers for the ACLU have all but admitted this by declaring that the executive order, per se, is not Unconstitutional, but that Trump promulgating it is:

“ACLU Lawyer Omar Jadwat, arguing against President Trump’s travel ban before the Fourth Circuit Court of Appeals on Monday, admitted that the same exact travel ban ‘could be’ constitutional if it were enacted by Hillary Clinton.

“Jadwat argued that Trump’s campaign animus motivated the order, making it illegitimate. This claim was challenged by the Fourth Circuit’s Judge Paul Niemeyer.

“‘If a different candidate had won the election and then issued this order, I gather you wouldn’t have any problem with that?’ Niemeyer asked.

“Jadwat again tried to avoid the question, asking for clarification on the hypothetical, but Niemeyer once again demanded an answer.

“‘We have a candidate who won the presidency, some candidate other than President Trump won the presidency and then chose to issue this particular order, with whatever counsel he took,’ Niemeyer said. ‘Do I understand that just in that circumstance, the executive order should be honored?’

“‘Yes, your honor, I think in that case, it could be constitutional,’ Jadwat admitted.”

The rabid Left have made their position very clear:

“A consequence of this, is that any person who holds an incorrect belief such as a perceived animus, anything said person does is presumed to be invalid and illegitimate.”

This entry was posted in Progressives and tagged GOP, Leviathan, Social Justice. Bookmark the permalink.