Elephants Are People Too

The impetus of some to grant legal rights to “nature” and even to specific non-human species, while clearly insane, it to actually use these “rights” to achieve dominion over others by suing on behalf of some critter.

The thing is, while animal welfare laws could apply, the people pushing this still insist on (pseudo-)human rights for non-humans, even though such critters have no duties or obligations that the rest of us have.

“Lawyers representing an elephant have argued in a New York City court that their trunked client be considered a person, in a fresh attempt to upend human dominance over this designation.

“Happy the elephant is, contrary to her sunny name, being detained by the Bronx Zoo ‘illegally’, due to her personhood, and must be released, according to the pachyderm’s self-appointed legal team.

“The case’s instigator, an animal rights group, hopes it will cause a legal breakthrough that will elevate the status of elephants, which the group calls ‘extraordinarily complex creatures’ similar to humans that should have the fundamental right to liberty.”

This does not elevate animals, but diminishes human beings.

“The distinction between animal rights and animal welfare is crucial. Animal rights is an ideology that humans and animals are equal. Thus PETA once argued that owning a leather couch is the moral equivalent of purchasing a lamp made from human skin from Auschwitz. Animal-rights believers believe that there should be no human ownership of animals for any reason.

“In contrast, animal welfare sees the proper care of animals as a human duty in keeping with our exceptionalism. This approach accepts the propriety of making instrumental use of animals, but requires us to do so for proper reasons and in a humane manner, based on the particular characteristics of the animals in question.”

Your humble author, nonetheless, will extend human rights to elephants when they can demonstrate that they are capable of the same level of civilization that many humans have achieved. 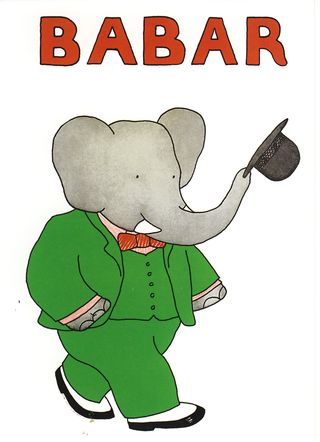 I, for one, welcome his royal highness King Barbar.

This entry was posted in Progressives and tagged Green. Bookmark the permalink.

1 Response to Elephants Are People Too