Transgenderism, which posits concomitantly that gender is separate and distinct from biological sex while also claiming that taking on not just the appellation and manner of the opposite sex but also the superficial physical apparent of said opposite sex is necessary to “transitioning” genders.

Though cloaked in academic robes and incomprehensible jargon, the view of transgenderism is fundamentally unscientific, ignoring basic biology and promoting the lie that one can literally become the opposite sex, via a form of sympathetic magic whereby taking on the appearance and appellation of the opposite sex, one becomes the opposite sex, lest someone use the “wrong” pronouns and thus break the ritual chant.

The reality is that such “gender affirming surgeries” no not and can not change one’s sex, but result in a Frankenstein’s monster of a body. This is an unpleasant truth, and the evidence for that truth is horrid, but some truths are so important to be known that we ought to all know just how terrifyingly monstrous “transgender surgery” is.

Fair warning: The following is NSFW. 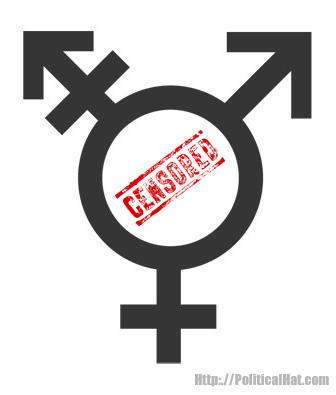 The first is a video with graphic examples of not only the surgery, but the intended aftermath:

Many people who undertake this surgery think that they will become the opposite sex, if not literally, than spiritually. When reality dawns on them, many will regret their assisted self-mutiliation, as noted in the new defunct (but archived) “Judgy Bitch” blog.

The sympathetic magic is not real; the mutilation is.

This entry was posted in Healthcare, Progressives and tagged DOOM, Gender, Social Justice. Bookmark the permalink.