Denying the Existence of Biological Sex is Now Mainstream

The sympathetic magic that is transgender ideology necessarily involves denying basic biological reality, including by denying a word’s meaning and denying the meaning of words. The conflation of “gender identity” and biological sex was but the first step in denying the biological reality of biological sex has been noted and debunked both by your humble author and others, but people continue to deny  scientific reality.  This craziness has gone mainstream to the point where the “mainstream media” is now openly saying that “biological sex” is not only a disputed term but scientifically questionable as to its very existence!

“Though the two executive orders signed by [South Dakota Governor Kristi] Noem do not explicitly mention transgender athletes, they reference the supposed harms of the participation of ‘males’ in women’s athletics — an echo of the transphobic claim, cited in other similar legislative initiatives, that transgender women are not women. The orders also reference ‘biological sex,’ a disputed term that refers to the sex as listed on students’ original birth certificates.

“It’s not possible to know a person’s gender identity at birth, and for some people, the sex listed on their original birth certificate is a misleading way of describing the body they have.

“While sex is a category that refers broadly to physiology, a person’s gender is an innate sense of identity. The factors that go into determining the sex listed on a person’s birth certificate may include anatomy, genetics and hormones, and there is broad natural variation in each of these categories. For this reason, the language of ‘biological sex,’ as used in this legislation, can be overly simplistic and misleading.”

Many have taken to scufaw at CNN for denying that biological sex is real but at best only disputed.   It is crazy they say, to deny the obvious. But increasingly, across businesses, schools, and even scientific journals, the accouterments of science are being used to, in a mix of truth and lies, force science through the ideological lens of “gender”.

But when this sentiment has gone mainstream, it is important to review objective biological reality and understand the gaslighting, deception, and obfuscation of the truth going on.

This is like saying “What are birds? We just don’t know”.

Even vaunted scientific journals are declaring that biological sex is so complex that it is all an intricate spectrum, with near infinite varieties such that we should not even try to categorize people according to sex, but rather use “gender identity” that is both an essential aspect and a social construct concomitantly.

It is obvious to anyone not indoctrinated to notice that we are a biologically dimorphic species with physical and actual physiological differences that are both acute and so statistically noticeable to become manifest to anyone who does not filter reality through a gender-ideological lens. But under the guise of “science” this ideology distorts and obfuscates reality—deconstructing it and then reconstructing it like it was some magical spell.

They insist that there are a plethora of metrics concerning biological sex and it is a result of intersectional axes of various aspects such as genitalia, chromosomal sex, hormonal sex, neurological sex, behavioral sex, &c.—all of which are on its own “spectrum”—and how not all of these always line up into a manichean perfect binary. They present it as if there is no correlation between of of this; that “spectrum” of near infinite seeming combinations is a dishonest characterization and a “false dilemma” fallacy.

The truth of the matter is that humans develop into two basic forms: Male and female. Even with bonafide medical conditions, including intersex individuals, these two forms are the default functional norm. That these separate axes of sex are strongly correlated suggests causation, which is born out by objective scientific inquiry and consistent with what humans understood at the onset of our species, and which all sexually dimorphic species in the animal kingdom instinctively act upon as well.

To point out that there can be overlap between males and females either by one physical or actual physiological aspect or another does not prove a spectrm, let alone multiple spectra, but that there are variation within each sex coming from different started bases.

Think of it as two different Gaussian curves compared directly on a single chart measuring some aspect or another. While there can be significant overlap they are measures of two different things.   The resulting measurement of some aspect or another does not determine biological sex or even “gender”, it is ones biological sex that serves as the starting point for natural variations from person to person. The effect does not create the cause. 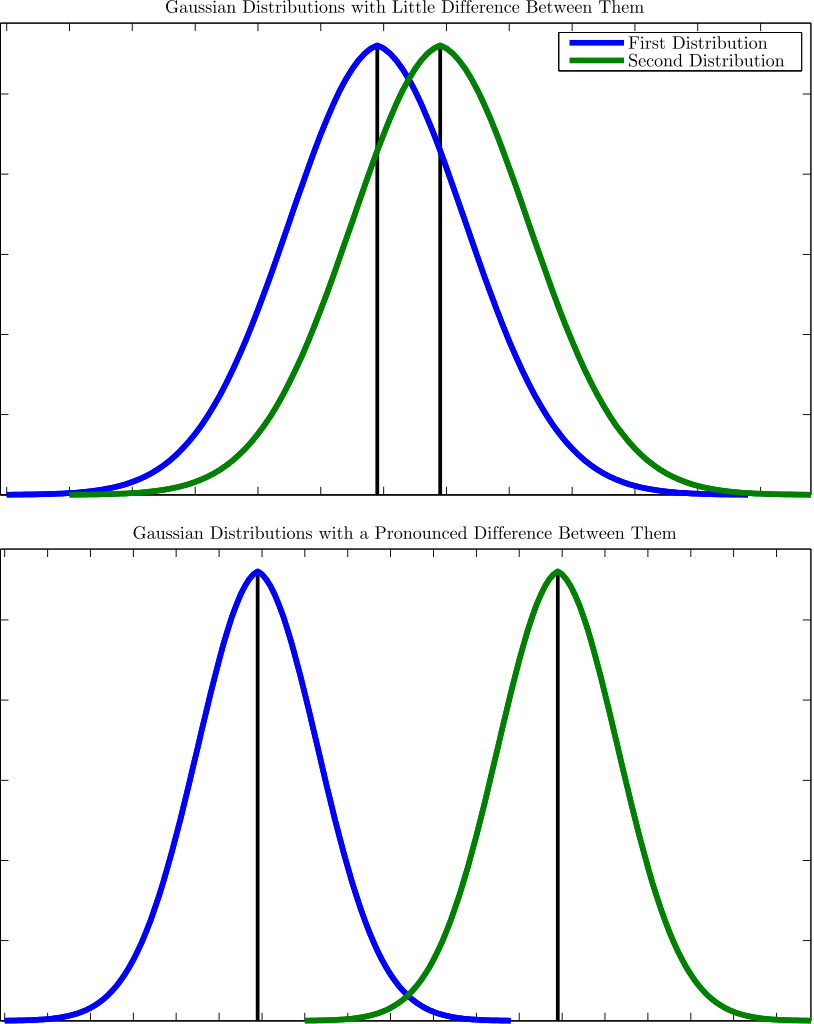 Sometimes these differences result in more manifestly obvious differences between the sexes, and sometimes more subtle ones that are only noticeable at the extremes of that aspect or trait. Sometimes it isn’t even the average starting point but the distribution of differences across some aspect or trait that is seen. Biological sex is the basis from which these differences manifest and objectively observed; to argue differently is to engage in a false dilemma fallacy. 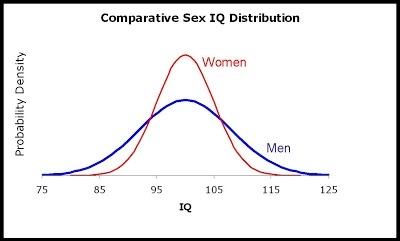 It is male and female, biologically speaking, and the observable differences therebetween, that lead to things being considered masculine or feminine. Sometimes this is genetic, and sometimes other social rolls end up becoming “gendered” because it becomes convenient in a society to divvy up those rolls along already extant biologically based differences and inclinations. These gendered aspects of society arise then not from a “system of oppression” or some pure “social construct”, but ultimately from biologal differences as a starting point; it is that fundamental difference that determines the spectrum of differences between males and females in one or another aspect or trait.

This attempt to change reality by changing vocabulary can work only insofar that it does not conflict with biological reality and our instincts as a sexually dimorphic species that reproduces through screwing. 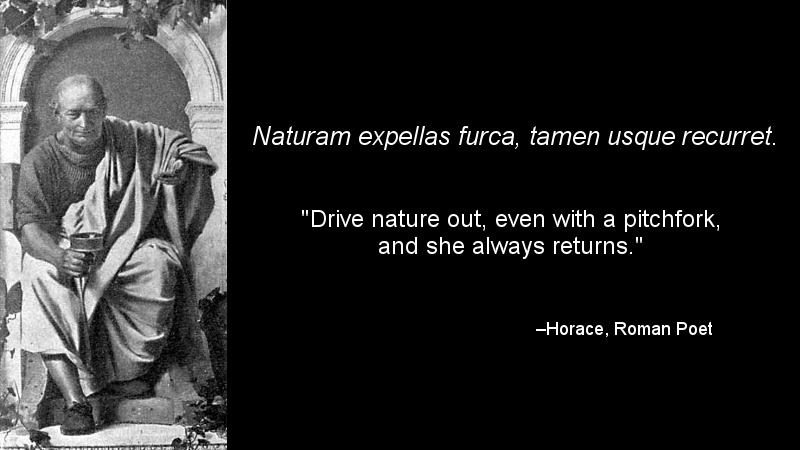