There are people with bonafide medical conditions such as Swyer’s Syndrome where the body develops along the lines of the opposite sex than the presence (or lack thereof) would otherwise have directed bodily development.

There are people who insist that “gender identity” is separate and distinct from biological sex, thus a biological male who identifies as a woman is “trans-gender” because said individuals gender identity is the opposite of that associated with their sex.

There are people who believe that “sex” is a spectrum, and that the presence or lack of a Y chromosome is irrelevant to whether one is a man or a woman.

Sadly, there are even people who believe that by becoming transgender, that biology will follow suite and that by means of modern day sympathetic magic will take on the appellation and superficial appearance of the other sex they will become the other sex.   It is this last category which is truly sad because a sudden realization of reality can cause a mental break or even potentially suicide. In some cases, the delusion is so strong that biological reality is outright denies as being “transphobic”: 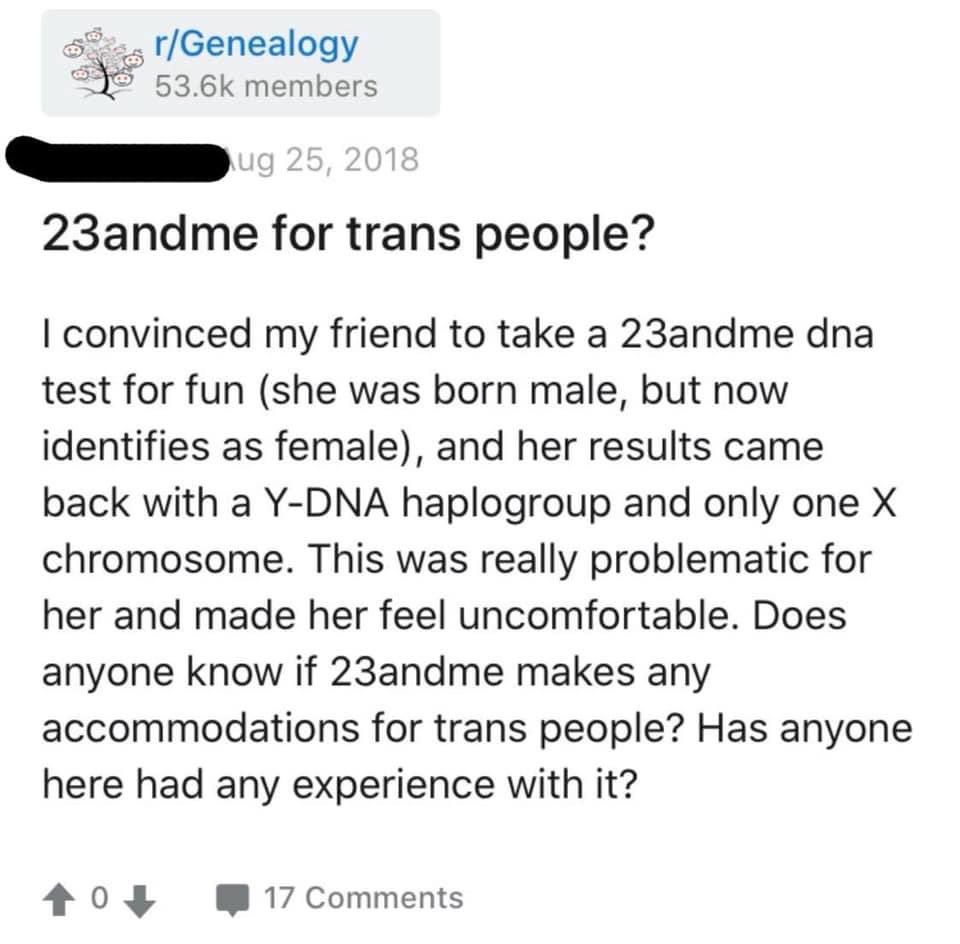 When reality becomes “problematic” it is reality that is expected to bend.

This entry was posted in Progressives, Science and tagged FacePalm, Gender, Science. Bookmark the permalink.