There are those on the “scientific Left” who would rather engage in “Gender Lysenkoism”. They deny that there are two biological sexes, claiming a dozen or so “sex determining genes” and declare that it is a “spectrum” and a “social construct” whilst “gender” is the all encompassing identity that can and ought to be imposed upon others’ objective reality. 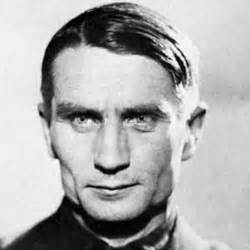 Yet at the same time, they declare that “gender” is something separate and distinct. This “gender” has to be an innate characteristic or otherwise it would not receive the same protection as race, for example. Yet, “gender”, too, is concomitantly a “social construct”. “Gender”, then, is a subjective objectivity much like certain non-Newtonian fluids whereby they are only solid when struck in contrast with an actual firm force of logic, reason, and reality. In other words, someone’s opinion of their own gender is considered a scientific fact, while biological sex isn’t.

This raises the question of sexual orientation as a protected class: How can someone have an innate and immutable attraction to one or the other biological sex if biological sex itself does not biologically exist?

In reality, biological sex is an indicator of either being male or female, in sexually dimorphic species such as human beings. Females have an XX chromosome pairing and males have an XY chromosome pairing. There are cases where there are X0 or XXY pairing, such as Klinefelter Syndrome, or where other conditions alter the natural course of development in utero of a child into either physically as a male or physically as a female, such as Swyer Syndrome. However, even there, the body tends towards either the male or female form. Additionally, there are often other complications, such as infertility that are part and parcel of these syndromes. In other words, such individuals are not a 3rd sex, nor are they proof of a “spectrum” of biological sexes.

"[Chromosomes] control whether we become a boy or a girl." pic.twitter.com/oK2xPbRiKx

What we are seeing is the invention of “gender” as something other than, and distinct from, biological sex, differentiation the two, and then transferring any and all reproductive traits of biological sex to “gender”.

One category of “evidence” against the “gender binary” is questioning the strawman of unvarying gender roles. That not everyone acts like Ozzie and Harriet is somehow considered proof that there is a “gender spectrum” and such.

In reality, again, males and females are biologically different. There are physical and actual physiological differences between men and women. How these differences play out are due to a myriad of circumstances both biologically and sociologically. Humans, being a sexually dimorphic species that reproduces sexually via congress and coitus of male and female, are defined by natural selection both genetically and sociologically, and those traits that serve to be conducive towards the maximization of reproductive success and the subsequent success of the offspring therefrom. Gender roles, then, are simply an example of what has worked through trial and error, and while not invariable, do exist for reasons other than to oppressively oppress the oppressed oppressingly.

We are left, then, with “gender” being but a choice—an identity that once embraces and that they allow to define their thinking and their very place in life. It is a secular and pseudo-scientific religious faith, then.

Aside from self-identification, and considering “gender stereotypes” are deemed “social constructs”, what is the objective difference between a “boy” and a “girl”? Pro-tip: There wouldn’t be any.

Putting aside “genderfluidity,” “gender spectrums,” and a plethora of invented “genders”, it becomes clear that the only reason to push for assignment and segregation by “gender”, contra biological sex, is to overturn society. This, of course, being necessary to create the new “New Soviet Man Person” upon a now tabula rasa humanity.

This is why the Progressive left concentrates not on the plethora of “genders”/identities, but on those who are more definitionally transgender—those individuals who identify as the “gender” opposite of their own biological sex and associated “gender”.

Indeed, the conflation of the two terms—”gender” and biological sex—is useful to the Left. Masculine identifiers were applied to biological males because it was the recognition of the rather obvious physical and actual physiological differences seen in a man vis a vis a woman, who similarly were referred to with feminine identifiers.

By using terms and words, that had always been used to describe biological men and biological women, with a separate and distinct aspect known as “gender”, it becomes possible to rewrite the past without changing a word. A simple redefinition can change not only the very meaning of historical records, but manipulate the thinking of people who are not savvy to this dishonest difference between the pseudo-academic term “gender” and actual biological sex.

This puts Orwell’s MiniTru to shame—to not only go full 1984, but to surpass it in a dystopian plaid.