The Progressive movement functions not a singular conspiratorial will, but as a Stand Alone Complex with multimple overlapping organizations and groups which, like a Hydra, not only cover for each other, but result in many more groups and organizations springing forth from an unluckily severed neck.

Now Progressives are complaining of shadowy groups and seemingly innocuous organizations playing off each other to achieve political transformation… and success.

Oh, they aren’t complaining about their own success, but of conservative groups elbowing in on their racket…

“Long a player on the national stage, the Lynde and Harry Bradley Foundation in Milwaukee has been quietly using its vast resources to construct state-by-state networks of activist groups to win support for its conservative agenda from coast to coast.

“This previously undisclosed effort by the Bradley Foundation was revealed in hundreds of thousands of documents swiped by international hackers from the foundation’s server late last year.

“‘You have to take a longer view on some of the things we’re trying to accomplish,’ said Bradley Foundation CEO Rick Graber in an interview. ‘You’re not going to see definitive results every three months. It can take decades.’

“The records make clear the Bradley Foundation no longer simply favors groups promoting its signature issues: taxpayer-funded school choice and increased work requirements for welfare recipients. It now regularly funds nonprofits that are, among other things, hostile to labor unions, skeptical of climate change or critical of the loosening of sexual mores in American culture.

“More important, the foundation has found success by changing its fundamental approach to putting policies into reality.” 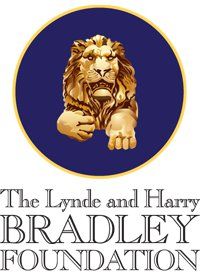 Starting local where organization and money can lay the groundwork for future gains? If the Bradley Foundation is guilty of anything it is in emulating the Progressive model.

It’s nice to see that two can play at that game.

This entry was posted in Elections, Progressives and tagged Democrats, GOP, Leviathan, Patriotism. Bookmark the permalink.

One Response to Progressives’ Hypocritical Hydra