Soon, people who do not sufficiently celebrate homosexual behavior will soon be treated worse than lepers.  The Benham Bros., whose upcoming show was canceled by HGTV because they did not morally agree with gay sex (or adultery or sex outside marriage), nearly suffered further punishment from a bank they work with in their real estate business. 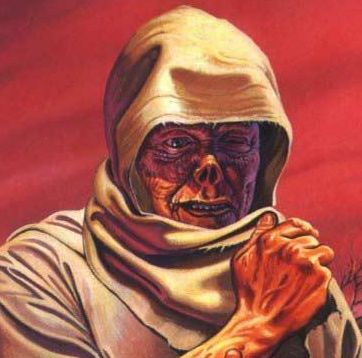 Pictured: A Typical Social Conservative as Seen by the Left

While it was HGTV‘s legal right to not work with the Benham, the bank’s relationship with the brothers was hardly one of supporting or endorsing a value aside from that of capitalism.

“SunTrust Banks had pulled all of its listed properties with the Benham brothers’ bank-owned property business.

“By Friday afternoon, SunTrust released a statement saying the decision had been reversed. The bank didn’t go into detail about why they originally cut ties with the Benham brothers, though SunTrust said the decision was made by a third party vendor.”

The vender had earlier stated that they had cut the ties because the bank told them to.  The bank released that statement that “SunTrust supports the rights of all Americans to fully exercise their freedoms granted under the Constitution, including those with respect to free speech and freedom of religion.”

It is only because the brothers have become known due to the intolerance of HGTV that enough pressure was placed upon the bank to reverse its decision.  How many people in a similar situation would have remained purged?

This goes far beyond simply refusing to “support H8.”  It is about punishing people just because they disagree with the “accepted” truth.  They are attacked and eschewed even when their views are not even a factor!  They are the modern day lepers:  The unclean who are to be shunned and kept out of society lest they infect others with their infectious and evil thoughts.

That a designated boogie-man can be declared a leprosy or cancer upon the collective body of the people is not a new idea, but one that is certainly capable of coming back into fashion.

Businesses are going out of their way to show their cleanliness and dedication to purging the unclean from their ranks.  One such symbol is already ever-present in many Leftist urban locals:

“Businesses are now displaying little rainbow stickers in their windows, signifying that they do not discriminate against gays in any way, like not wanting to make a wedding cake for a gay couple.

“Soon, they will be mandatory. “

How else will the proverbial pitchfork wielding mobs know which windows to smash in and which to not?

It’s the queering of Kristallnacht!  Of course, fascism queered long ago…

Here’s the problem with the insane logic of the Left: This isn’t about people discriminating against others due to inborn and superficial things like the color of one’s skin. This is about behavior.

How one dresses, who one engages in sex or smooching is a choice.

Unlike with race, homosexuals are defined by their behavior or their proclivity towards certain behaviors. Because of this, certain behaviors have become sacrosanct and opposing behavior is conflated with wanting to discriminate against them.  This is a conflation of epic proportions:

The Left respond that it is wrong to discriminate on the basis of immutable factors. Since you are not inborn with a religious belief or are genetically forced to say politically incorrect things, you should not be covered.  This assumes, though, that the need to have sex with someone of the same sex as you is innate, that you have no choice in the matter, and that simply failing to approve that behavior is repression of a homosexual individual’s very being.  Yet again, we see how the Left denigrate people into little classifications and assign for them what their political interests are.

The Left oppose freedom and crave equality of results (what they are now calling “equity”). In a way, it is the antithesis of true diversity… they want a homogenized mass from which a harmonized “general will” can and will arise.  This is the true motive behind the “urbanization” and “affirmatively furthering fair housing” initiatives. Those who dare utter a contrary opinion threaten this uniformity are a threat to their utopia, and a cancer in the body politic.

It is their ultimate goal:  To tower over others and demand that others “think as I think… or you are abominably wicked; you are a toad.”

The Leftist utopia can be found in a Borg cube, with each elitist fancying themselves the borg queen. 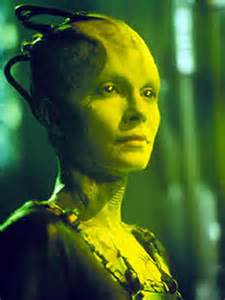