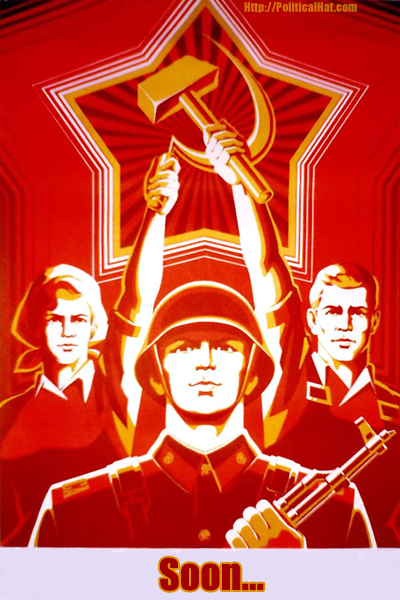 The veritable Ace of Ace of Spade HQ recently commented on the NRA’s Wayne LaPierre’s quote that “gun rights have become a metaphor for something larger: a feeling, this sense of something that’s slipping away, a yearning for individual rights.”  Ace adroitly points out what that “something” is:

“And what is that thing that’s being lost?

“I think it’s social/cultural pluralism. There have always, of course, been forces for social/cultural conformity, on both the left and right. And dissidents and counter-cultural types have always been pressured to join the ‘default’ American culture.

“But something has changed– there is an insistence now, like never before, that those who dispute the consensus culture of the New Class — which dominates our media and idea-propagating institutions — must adapt or die.

“I think this is caused by a shift in the New Class’ political/cultural cache. Whereas previously they were not in such a dominant position, they tended to argue in favor of pluralism (what we once called ‘liberalism’). This stance was self-serving for the New Class, as many in that class were themselves dissident for what would, if not checked, be a hegemonic culture they found distasteful (traditionalism, religiosity, ‘American values,’ patriotism, etc.).

“Thus, by defending pluralism, the New Class really was defending its own cultural prerogatives.

“But the New Class is feeling its oats now — it feels empowered (by Obama, by government’s increasing grandeur, by a complete domination of the news-gathering apparatus) and thus no longer feels it has to argue defensively against a hegemonic culture it despises.

“Rather, it senses that if it fights offensively for its own cultural preferences, it can win.”

It is worth it to read the entire thing.  Ace also notes the essay “The Power of the Powerless” by Václav Havel, which is also worth reading in full.

It just goes to show that “tolerance” and “diversity” were just lies used by the Progressive Left to gain power, and having won power, they dispense with it and become what they accused other of.

3 Responses to The Progressive Endgame