It Is In Our Nature

The nature of man, and antithetical beliefs there regarding, are at the heart of the differences between the Progressives and those stand athwart their march in history and yell, “Stop.”

The Progressives’ view can be discerned from their intellectual ancestors the Jacobins, and the Jacobins’ intellectual father, Jean-Jacques Rousseau.  Indeed, the goals of both, and their view towards government, are remarkably similar.  Alexis de Tocqueville wrote of the Jacobins that they believed “the function of the State was not merely one of the ruling the nation, but also that of recasting it in a given mold, of shaping the mentality of the population as a whole in accordance with a predetermined model and instilling the ideas and sentiments they though desirable in the minds of all.”  This sentiment is echoed by the modern day Progressive: “[L]esbian advocate Paula Ettelbrick proclaimed, about ‘transforming the very fabric of society … [and] radically reordering society’s views of reality’.” 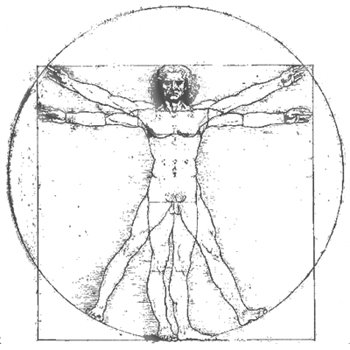 This is consistent, and indeed springs from, the Progressives’ core beliefs about human nature.  It is the same belief that the Jacobins had, which was the same of fascists, communists, and other fellow-goers.  In essence, the nature of human beings is one of a tabula rasa, where all societal norms, interactions, and groups are artificial.  For Rousseau, this “asocial state of blissful isolation in the state of nature was lost forever,” and that society and science bring pain and misery.  Further:

“[A]n all-powerful state could ameliorate the situation of alienated man. The closest man can come to secular salvation is to abolish those dependent forms of association which have enslaved him to other men and kept him always outside of himself. He must sever, as much as possible, his relations with his fellow members of society so he can return the sentiment of his own existence to himself. How can this be done?

“Rousseau described the accomplishment of this condition: “Each person would then be completely independent of all his fellowmen, and absolutely dependent upon the state”. The state could restore a simulacrum of that original well-being by removing all of man’s subsidiary social relationships. By destroying man’s familial, social, and political ties, the state could make each individual totally dependent on the state and independent of each other. The state is the vehicle for bringing people together so they can be apart: a sort of radical individualism under state sponsorship.”

How can man be independent of his fellow man if he is dependent on the state?  Is not the state run by his fellow man?  For the Progressives, it is not, but rather a manifestation of the volonté générale, which springs forth spontaneously ex nihilo from the hoi polloi, yet has an existence completely separate than those of mere mortals.  In effect, the Progressives, just as their intellectual ancestors did, serve and worship the false god the volonté générale, to which the people must submit in all things and allow themselves to be shaped and uplifted thereby.

It also explains the difference between conservatives and those who hold to the moral and civic heritage of Western Civilization, and the Progressives and their intellectual relations.  Progressives believe in a managerial view of government where it is the right and duty of the state (or de facto state, in the case of anarcho-syndicalists) to mold society along the preferred principles of the volonté générale.  If, according to those who divine the “general will,” certain mores are considered good, then they will be imposed on the people, with the legitimacy derived from the people themselves, even if they did not choose it.

Therein lies a contradiction.  People can only be liberated from the “slavery of freedom” if they surrender completely to the state, which is but the volonté générale taken physical form.  Yet the state must be run by people and decisions made my those same people.  It is their will which is imposed.  Yet, we are told this is not so and they are simply fellow tabula rasa which receive their motile will from the fictitious god, the volonté générale.

From this, it is clear that not only can the state manipulate and mold society, but that it must do so.  It is done along the lines of “justice” because that is what the augers of the volonté générale have revealed the “general will” is.  This goes right down to the core of our society, the family, which is seen as just another “social construct”:

“If the family is artificial in its origins, as Rousseau claimed, then it can be changed and rearranged in any way the state or others may desire. It is simply a shift in convention, a change in a cultural artifact. We can revise human relations in any way we choose. Whoever has sufficient power may make these alternations to suit themselves. There is no standard in Nature to which they must adhere or by which they can be judged.”

In contrast, not only conservatives, but common sense sees this to not be true.  In other words, “maybe, just maybe social traditions aren’t just arbitrary rules set down by the elite – but are solutions to common human problems that have been worked out over millennia.”

Society is organic, and those traditions and mores which survived did so because they were healthy for society, and beneficial for individuals, or at least not so harmful as to lead to societal collapse.  We might not fully understand our nature as human beings, but the truth lies in the demonstrable past, and not in the musings cerebral onanists.

What then, is the difference?

“Nature is what is, regardless of what anyone desires or abhors. We are part of it and subject to it. It is not subject to us. Thus, we shall see how, once the objective status of Nature is lost or denied, we are incapacitated from possessing any true knowledge about ourselves and about how we are to relate to the world.”

In other words, “Everything that exists has a specific nature. Each entity exists as something in particular and has characteristics that are part of what it is. A is A”.

Blogger “zombie” pointed this out in a post about changing the axes of the Nolan test from “economic freedom and personal freedom” to less/more government and, more fundamentally, the mutability of human nature.  Progressives see human nature as being asocial and infinitely moldable, and that the state should then impose “justice” and revert people to the state of a “noble savage” who is free from other mere mortals.  In contrast, everyone else generally recognizes that mankind has its own nature, and the societal norms benefit individuals are the ones that are conducive towards a healthy society; the destruction of these pillars will lead to ruin, especially when the artificial alternative denies the reality of human nature.

Ultimately, Progressivism will not work because it is not in our nature.