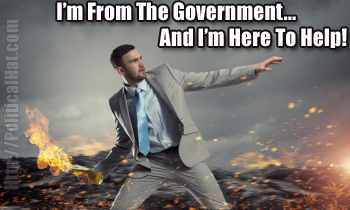 Heck, there is now a call, by the Attorney General of New York even, that police not arrest people who have warrants out for their arrest of real criminals! These riots/”revolutions” have the support of government. Criminals have the support of the government. These elected officials see you as the enemy to be crushed by means that they don’t even accuse their enemies of.

One Response to Institutional Revolution