Nothing says “fighting systemic injustice” like appointing a felon who pimped out children as “street czar” to provide “alternatives to policing”.  Unsurprisingly, this bright idea came from the City of Seattle.

“Seattle now has on its payroll a convicted pimp who once vowed to ‘go to war’ with the city — a $150,000 ‘street czar’ whose mission is to come up with ‘alternatives to policing,’ reports said.

“Andre Taylor — who appeared in the documentary ‘American Pimp’ about his life as ‘Gorgeous Dre’ — is getting $12,500 per month for a year, along with an office in Seattle’s Municipal Tower, according to the contract published by PubliCola.

“It comes just a year after his organization, Not This Time, was paid $100,000 to sponsor a speaker series that was called ‘Conversations with the Streets.’

“He was later accused of trying to get millions from the city for militants who set up the controversial police-free Capitol Hill Occupied Protest (CHOP) zone, the Seattle Times said.”

#PimpLivesMatter?   Does the “Street Czer” outrank the Duke of New York? 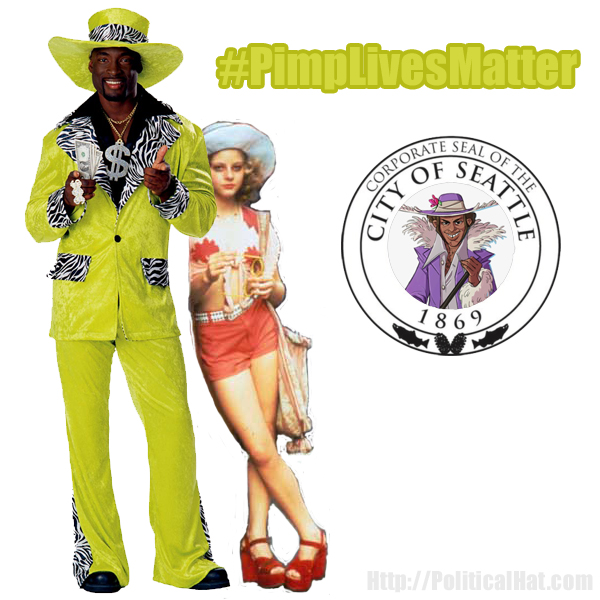 As the Rolling Stones sang, ‘twould seem that “all the cops are criminals; all the sinners saints.”

One Response to Pimp Hand Of Social Justice