When Trying To Burn Books Is Anti-Racist

Ironic, isn’t it, that hooligans who label themselves “anti-fascist” should declare that most fascist of past-times, burning books, to now be “anti-fascist action”. 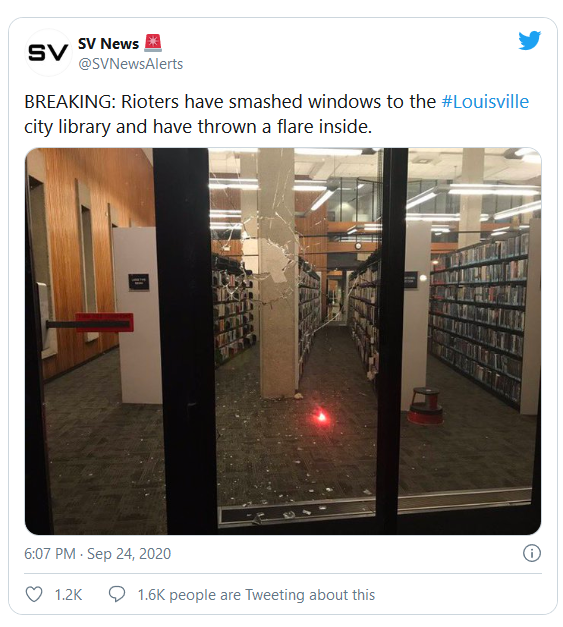 Antifa logic: Fascists read books thus burning the books fascists read is anti-fascism because reading books makes you a NAZI (and even being literate is suspect). Perhaps they should at least try to read about history before condemning history.

This entry was posted in Progressives, War & Terror and tagged Occupy, Social Justice. Bookmark the permalink.