The Bayoneting Of America 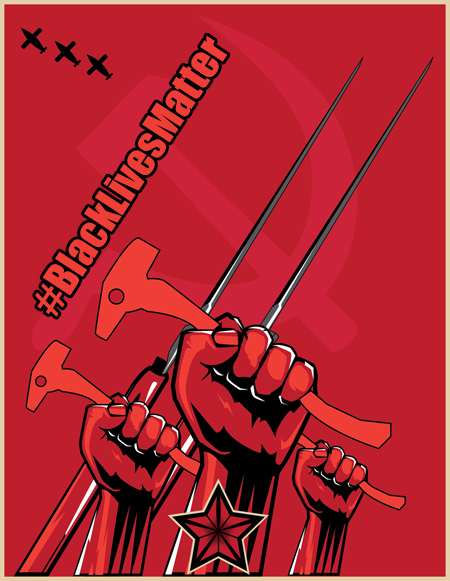 #BlackLivesMatter is openly Marxist, but they are primarily channeling Lenin. The broader Left’s goal is to fundamentally transform America into something antithetical to itself. They don’t care exactly how it is done, so they probe everywhere until they find a soft spot, as Cameron Hilditch notes.

“[This] put[s] me in mind of an old quotation from Lenin that he used to describe the Bolsheviks’ revolutionary strategy.

“‘You probe with bayonets: if you find mush, you push. If you find steel, you withdraw.’

“This has been the tactic of every revolutionary movement in modern history. Armed with the sharp end of their weapons (both physical and philosophical), they search for the soft underbelly of the existing order, the place at once most vulnerable and least likely to offer concerted resistance. When this point is discovered, Lenin instructs his followers to attack it with all their might.

“The most reliable indicator for the success of any revolution is whether or not one can hear this question being asked among those in power: ‘Are we sure we’re on the right side of this?’ Once these words begin to make their way around the corridors of power, the writing is on the wall for the powers that be.

“Black Lives Matter, it seems, have probed and found mush in the area of race relations. This is hardly surprising. If there is one issue on which Americans are likely to doubt the justice of their nation’s cause, it is the issue of race. It is hard for a country only 60-odd years removed from the civil-rights movement to have great confidence in the established order when that order is criticized for racial injustice. But the fact that this doubt manifests itself in a reluctance to stand four-square behind the rule of law is what cynical criminals such as those mentioned above prey upon. They firmly believe that this reluctance will allow them to get away with beating the living daylights out of a human being in the middle of an American city and then rummaging through his car to steal things . . . on camera.”

But why? Because we’ve lost the narrative. For far too many people they just took America and for what it stands stands for granted and thought that it was self-evidence because for them it was normal and presumed it always would be to others.   Slavery was always anti-thetical to the underlying precepts and values that pre-date America and once endemic through-out the Anglosphere. It was a cancer that corrupted and poisoned America, but a cancer and poison that America ultimately triumphed over, though deep wounds remain. One of those wounds is racism, which arose as an attempt to justify slavery in a culture within which equality under the law and liberty was integral by claiming that the enslaved race was inferior. This, too, was antithetical to what America stands for, and something America is rejecting, despite the Critical Race Theorists attempt to have people see everything through the framework of race and the oppressor/oppressed dynamic.

But we’ve not been teaching this. And from this absence the alternative narrative of America being systemically racist that was build with the purpose of racial oppression (and other intersectional “systems of oppression”). We are now paying that price.

The only way to defeat the inequality that organizations like #BlackLivesMatter demand is to not only to delegitimize organizations as #BlackLivesMatter and Critial Theory ideologies, but to tell a more honest and wonderful story that thankfully corresponds to the truth. But to do this, we must understand both ourselves and out enemy, and act accordingly.

2 Responses to The Bayoneting Of America