The Struggle Sessions of Mao’s Cultural Revolution was a tool to insure ideological adherence by humiliation, torturing, and even literally cannibalizing those—including those who had been zealous revolutionaries themselves but not “enlightened” by the new days standards—deemed not sufficiently pro-revolution, and thus class enemies were forced to admit their counter-revolutionary since ostensibly for their benefit but in reality to not only strengthen the regime but bring people closer to it by privileging them due to explicit participation in sessions against the “counter revolutionaries”.   While physical punishment, executions, and cannibalism are not being (openly at least) exercise, the humiliation and forced apologetism of the Mao’s Cultural Revolution has come to the City of Seattle’s so-called “Office of Civil Rights”. 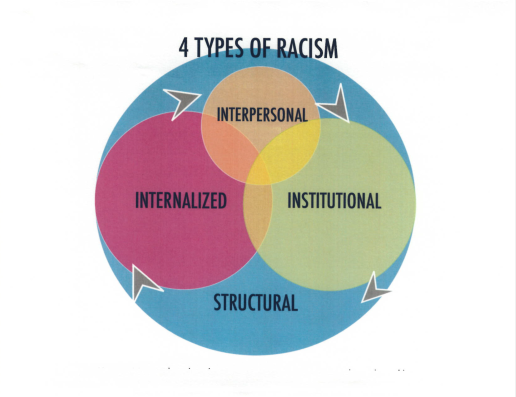 Seattle's Office of Civil Rights has developed a "race and social justice" curriculum for all 10,000 city employees.

The training is called "Internalized Racial Superiority for White People."

After attendees arrive, they must announce their pronouns and tell the trainers when they first became race-conscious—in other words, when they began their journey of internalized racism. pic.twitter.com/ura3KDesnb

Notice how they presume that all White people are racist, and it is only a matter of finding out the particulars?

The “transgender” element of announcing “pronouns” fits in with the entire “intersectional” view of “interlocking hierarchies” of the “kyriarchy”.

According to the Office of Civil Rights, white employees must process their "white feelings" of "sadness, shame, paralysis, confusion, [and] denial."

Then, they must take action to "redistribute resources, change who's in power, [and] alter institutions." pic.twitter.com/vG8uDXE9Ak

Next, white employees must examine their "relationships with white supremacy, racism, and whiteness."

They must explain how their "[families] benefit economically from the system of white supremacy even as it directly and violently harms Black people." pic.twitter.com/GUcGTcGUPo

Broke: Speech is speech and violence is violence.

Woke: Speech is violence and violence is speech.

Bespoke: The existence of White people is violence so shut up and parrot out talking points!

All white employees are expected to share examples of their own racism. pic.twitter.com/16yKgg7yGM

“White Fragility” is a Kafka Trap whereby any denial is proof of guilt: Heads they win; tails they lose.

The Office of Civil Rights then claims that "white people internalize the system of white supremacy" through the racist values of "individualism," "intellectualization," "objectivity," and "comfort."

Those values most be abolished from the work of city government. pic.twitter.com/3Xam5bkAwX

They hate individalism because it conflicts for their ideologies need to treat people as simple examples of a collective and thus receive perpetual collective justice.

Objectivity conflicts with the Deconstructionism and “2+2=5” mentality needed to keep up the Orwellian doublethink, which makes the inclusion of “cognitive dissonance” oh so ironic.

Finally, white employees must implicate themselves in the system of white supremacy.

They must share "a time in the past two to three months when [they] … caused harm to a person of color." Once they have publicly established their guilt, they have completed the training. pic.twitter.com/JLHuxLGoFY

According to the critical race theorists, racism is everywhere.

It is in every society ("structural"), every organization ("institutional"), every relationship ("interpersonal"), and every individual ("internalized").

There is no escape. pic.twitter.com/fCU4VXIPbG

“Racism” is a maligning mystical miasma of malevolent malfeasance, and ever present devil.

It's a deep and terrible irony that this kind of pseudoscience and race essentialism is now being peddled by the "Office of Civil Rights." It's an abuse of power and does nothing to improve the culture.

More and more, it's old-style racism masquerading as "antiracism."

By “irony” and “antiracism” he clearly meant “Orwellian”.

Seattle's Office of Civil Rights is now explicitly endorsing segregationism, group-based guilt, and race reductionism—ugly concepts that should have been left behind a century ago.

It's absolutely Orwellian: the guardians of "civil rights" are the architects of the "new racism."

In other words, this is just an example of the Left projecting their own tyranny on others.

In the coming weeks, I will be filling an official civil rights complaint against Seattle's Office of Civil Rights.

They have created a new form of "institutional racism" that violates the core principle of "equality under the law."

It's time to fight back.

Slides can be found here.

Don’t think that this is just limited to Seattle or a few other woke places here or there.   The seeds have been planted and it’s coming to you, even in the private sector, even if you don’t work whether you like it or not.