One of the common ways those on the radical Left avoid explaining things or to even avoid any objective truth, is to declare that due to “different lived experiences” different people and/or genders have their own “ways of knowing” that is impossible for people of other groups to understand and that completely contradictory things can exist at the same time because each is true to their respective groups.   This is how we get the declaration that gravity is a social construct while witches can throw magical lightning bolts, or that science itself is sexist and thus wrong for countering the anti-Patriarchy™ narrative. Even the simple truth that we are a sexually dimorphic species can be rejected due to it running against the received truth of wokeness.

However, the treating of science as “received truth”, and not a means of gaining a greater understanding, is not limited to the Left. The belief that “science” is a false faith and that learned scientists are akin to snake-oil salesmen is not usually as pronounced as when it comes from the Right, but the Right will reject science and scientists that is contrary to their “different lived experiences” and “ways of knowing”. 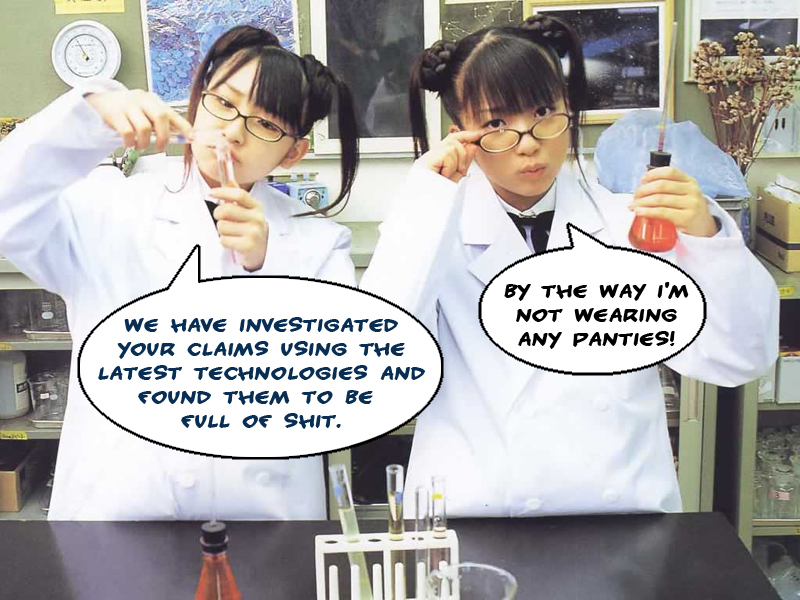 One such unfortunate example comes from Richard Fernandez who typically is insightful and informative, who was prompted by an article from City Journal, which is also typically insightful and informative. Corona-chan, unsurprisingly, was what led to his rejection of the scientific faith, due to imperfect or lacking information and lack of a body of tests to support a “correct” answer. But Mr. Fernandez’s lack of faith goes beyond the usual bemoaning of “politicized science” to a decrial of a “way of knowing” that he and others don’t understand.

“What the public calls ‘science’ ‘began with Francis Bacon moving the study of Nature from haphazard experience to designed experiments, and Galileo placing scientific knowledge within the frame of mathematics, not requiring explanation in terms of human physical categories.’ For so long as a phenomenon could be mathematically modeled and predicted, it was valid even if could not be expressed in common-sense terms. Hence the expression ‘trust the science.’ This epistemology was so successful it seemed the scientific method had reached its final form even if purchased at the price of incomprehensibility.

“‘The advent of quantum mechanics in the first part of the Twentieth Century brought it to light: a theory may be preposterous from the perspective of human intelligibility but lead to predictions that agree with empirical observation—and therefore be scientifically valid. Man can possess knowledge beyond the limits of his physical understanding.’

“You just had to ‘trust the science,’ even if you could not explain it. The Galilean-Newtonian paradigm shift made the modern bureaucratic state and secular millennial movements possible by seemingly guaranteeing that scientifically informed authority could control events and thereby human destiny. It was the foundation of authority and legitimacy.”

This isn’t just not right, it isn’t even wrong.

Science is not about some cryptically mysterious knowledge written in esoteric and occultic writing.   Mathematically describing something and how it works or what it does is not pseudo-religious epistemology that one had to “trust” because it was beyond the ken of the layman, but a way to objectively describe something: it does obfuscate; it clarifies.

Quantum mechanics is not “beyond the limits of physical understanding”, but of making phenomenon understandable by reproducible results stated in a precise and mathematical way.

The misuse of science to engage in social engineering or to apply a sheen of legitimacy to philosophical and ideological nonsense does not and can not be blamed on the “ Galilean-Newtonian paradigm shift” since science is a process of understanding, not an oracular pronouncement from upon high by anyone who cloaks themselves in the mantle of “science”.

Within scientific fields, there are still, and probably always be, many unknowns and uncertainties.   Just because we can not reduce complex systems into simple equations with simple understandable results when applied does not mean that “science” breaks down or can no longer be applied to said complex systems.

Complex systems, Chaos Theory, and the Butterfly Effect do not present a “potential dagger through the heart” of science since Reductionism is not synonymous with science or the scientific method, nor does “‘[t]he inability to validate theory via observations constitutes and existential crisis for science’” since science is the the means to better clarify our understanding and not some reductionist machine to crank out divinely-held truths.

That chaotic systems can’t be perfectly modeled does not mean that science can not give us a better understanding of how things work or what is going on within a system. This is not a limitation of science, but human limitation. Perhaps we will never “perfectly model” a system but still understand it overall, or perhaps we just haven’t figured out how to do it yet. Mr. Fernandez goes on to quote a biologists who argues that this “mode of understanding” fails when it comes to biology and evolution which is less science than philosophical onanism:

“The aim of this article is to demonstrate that the mode of understanding in physics since Newton, namely differential equations, initial and boundary conditions, then integration which constitutes deduction, which in turn constitutes ‘entailment’, fails fundamentally for the evolution of life. No law in the physical sense, we will argue, entails the evolution of life. If we are correct, this spells the end of ‘strong reductionism’, the long held belief that a set of laws ‘down there’ entails all that happens in the universe. More, if no law entails the evolution of life, yet the biosphere is the most complex system we know of in the universe, it has managed to come into existence without an entailing law. Then such law is not necessary for extraordinary complexity to arise and thrive. We need new ways to think about how current life organization can have come into being and persists. Those ways include coming to understand how what we will call organisms as ‘Kantian wholes’ co-create their worlds with one another.”

Ah yes, a different “mode of understanding”. Just because we can not explain lifeform evolution, or the evolution of any other complex system from scratch with Newtonian equations does not mean that they, or any other aspect of the physical sciences, can not illuminate our understanding of evolution or any other complex system. Indeed you can’t understand these systems without the physical, or hard, sciences. It is a rejection of not only physical laws of nature, but of anything that isn’t “expressed in common sense terms”.

In the end, it is suggested, as a possible option for “science” to “[s]trive to develop a new and perhaps weaker scientific epistemology”; in other words develop an “anti-science” way of knowing that seeks quicker answers to complex questions that can be “expressed in common sense terms”.

“Humanity can still advance, perhaps more swiftly than before, but on an engineering basis, mindful of the danger and testing its footing at each step. But until science can develop a paradigm that can cope with complex systems, the elites can never again beat forward with the elan and confidence of gods.”

Except science can be used to understand complex systems. It may not be able to proclaim catechisms of some secular faith, but it does serve at the optimal way of helping to illuminate our knowledge of said complex systems. And yes, even engineering uses science and the knowledge gained therefrom.

“They — and their Explainers — will have to venture onward as mere men, bereft of certainty, sustained by faith and courage, mindful they are in a very big universe.”

Scientists are not “Explainers” as if they are sibylline oracles through which divine truth is transmitted to the trusting faithful; scientists are just people trying to figure out a little bit more and add a smidgen more of knowledge using rigorous methods and perspicuous mathematical language. 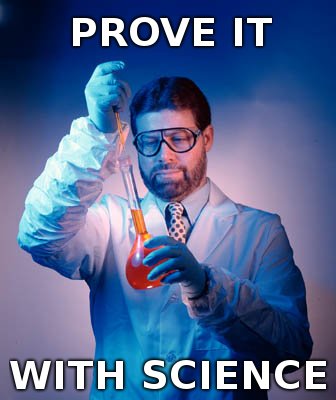