It would make sense health care dealt with actual health issues such as diseases. We are living in an age, however, where the biggest health crisis is… “racism”.

The Governor of Michigan has declared “racism” to be a public health crisis, and that the problem is “systemic racism” including promoting “equity”:

“We must confront systemic racism head on so we can create a more equitable and just Michigan. This is not about one party or person. I hope we can continue to work towards building a more inclusive and unbiased state that works for everyone.

The Governor of Nevada, Governor Sisolak Sleestak, similarly declared racism to be a “public health crisis”.

Today, I issued a proclamation to name racism as a public health crisis. Given our diverse population as a minority, majority state, this call to action raises awareness so Nevada does not perpetuate poor health outcomes due to systemic racism during & after the pandemic. pic.twitter.com/vKSoU2knqR

He went on to cite “[i]nstitutional and systemic racism” which will be dealt with by the Office of Minority Health and Equity. Yet again, we see not only the citation of “equity”, but the presumption that racism is “systemic”. If you thought the government making you wear a mask due to Corona-chan was tyranny, imaging the emergency measures that they could impose to “cure” racism!

This is particularly insidious because most people don’t realize what “systemic racism” really means, and they won’t tell you what it means. They consider it proof of racism for not knowing. “Systemic racism” is a Motte & Bailey fallacy. They will push the previously noted definition (the Bailey), but when attacked retreat to the false claim that they mean “racism” in the old dictionary sense of believing one race is superior to the other (the Motte). “Systemic racism” has an academic definition. It’s the belief that the U.S. was founded as a racist society & that racism is embedded in all social institutions, structures, & social relations. It is presumption that every element of society is “racist” and must be “fundamentally transformed” and driven by by people who look at Zimbabwe and say “it’s a start”; to oppose “systemic racism” requires one to completely overthrow the existing order

This is far more dangerous that you realize. It makes those with “racism” (which the Left defines as all & only White people) mentally diseased, or at least carriers of mental disease, thus justifying that state declaring “racists” mentally ill or even mandating treatment? Will they “cure” the “disease” of “racism” in this “public health crisis” like they cured Winston in “1984” or Alex from “A Clockwork Orange”?   Yes, it sounds too crazy now, but then a male using women’s facilities by declaring their “gender identity” was “woman” sounded too crazy until it started to become implemented—and it is proclamations like these that will serve as the bedrock for who knows what insanity. 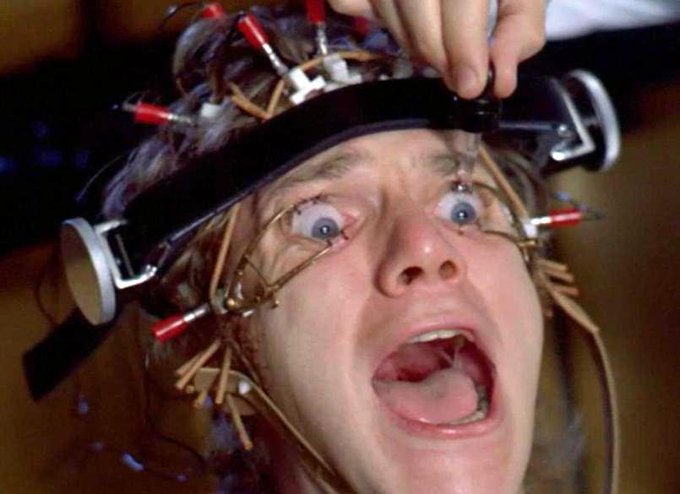 “Systemic Racism” means that everything is racist and to fight it and be “anti-racist” you must completely destroy all elements of society and start at a woke “year zero”, and a “health crisis” is the perfect excuse to do so.

3 Responses to Racism As Health Crisis