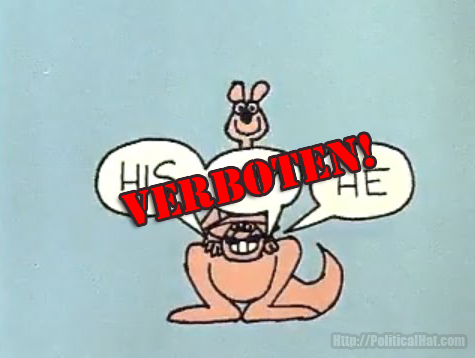 California state Senator Hannah-Beth Jackson has decided that her state Senate Judiciary Committee shall replace “he” and “she” with the gender-neutral “they” because California now recognizes “non-binary” as a gender option.

Note that she then goes on to use masculine and feminine pronouns, particularly when talking about Roe v. Wade.

Still, this new pronoun rule of not using “he” or “she”, while not easy for Sen. Jackson, may be easier for woker generations, despite the irony that it is those same woker generations that insist on being asked what their “gender pronouns” (including the invented ones) with the expectation that those pronouns will be used.

Or perhaps Sen. Jackson’s lack of wokeness will have her declared sooner or later yet another “H8r” and oppressor…

The California state Senate is jumping down the rabbit hole, and they might not realize just how deep they are going to fall.