Scandinavian “gender equality” measures are being heralded as changing children’s understanding of gender and creating “new boys” who basically are praised for acting like quintessential girls.  In effect there was “a change in how boys relate to emotions. Being personal and talking about feelings was not problematic or feminine in their eyes. It was almost an ideal. And it was more important to be kind than to be strong.” 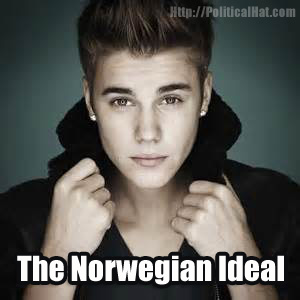 Most disturbingly the measures resulted in boys freely touching each other and enjoying it:

“[T]he boys aged 6–8 had the most relaxed attitude towards feelings and touching. These boys had “positive touching” as a daily school activity in which the pupils learned to touch each other. The objective was to create a sense of belonging to a group where everyone can touch and stroke each other regardless of whether they know each other and regardless of gender.”

This physical “liberation” is frighteningly similar to the attitude of German Marxists in the late 1960’s where toddlers were taught to openly share each others bodies, and share their bodies with adults.  In other words, this seems like the first measures of sexual grooming.  This stands in stark contrast to the traditional notion that “that our bodies are our own property, which means that we should not be touched or controlled sexually without our consent. A person raised with this worldview inevitably believes as well that his ability to control his body is the essence of his individuality. This physical individuality is the antithesis of slavery, which represents a person’s ultimate lack of control over his body.”

The older boys, aged 9-12, were also described as talking “openly and thoughtfully about girls they had crushes on, difficulties at home, and anxiety and expectations about the future.”  These descriptions seem to cater to the stereotype that unless “corrected,” boys were unemotional and aggressive.  Yes, it can be a perfectly masculine thing to express fears about the future, problems at home, or who they were attracted too.  But men don’t do it the same way the women do.

The metrosexuality is not so much a default for boys once “false and oppressive” gender stereotypes are thrown out the door, but rather a fashion trend that people can get swept up in.  But if “gender” is so malleable, then could it be that rather than stereotypical boyish traits being the “social construct,” they are instead normal, and it is the metrosexual “gender-neutral” that is the false social construct.

Even if boys expression of their male biology (i.e. their “gender”) is to some degree fungible, it does not mean that this new metrosexuality is somehow better, or even at all wise: “Maybe, just maybe social traditions aren’t just arbitrary rules set down by the elite – but are solutions to common human problems that have been worked out over millennia.”

In contrast, “[t]he older boys, aged 9-12, did not have such a relaxed attitude towards bodily contact. They had to be on guard for being called ‘gay’.”  In other words, when hormones started to kick-in, the boys started to act like boys since the physiological differences become more pronounced. That does not happen because of gender stereotypes, but is a natural and biological result of puberty.

This entry was posted in Progressives and tagged Europe, Gender, Social Justice. Bookmark the permalink.

One Response to Norwegian Boys, The New Perfect Little Girls?