Connecticut Senator Chris Murphy recently defended the disastrous Obamacare role out and dismissed the millions of people losing their coverage and being forced to pay more for less.  Murphy quipped that “[s]ome people are gonna be upset with their experience in the new system… I just don’t think we should have an expectation that everyone is going to be happy,”  and further that “there’s gonna be some folks who are gonna walk away from this change with a little bit less than they had before.”

But you can’t create an omelet without breaking a few (million) eggs, right?  Murphy finally came right out and admitted that Obamacare was nothing more than a re-ordering of society under the direction of government fiat, and if that meant some people would suffer, then so be it:

“You’re not gonna re-order one-sixth of the American economy, which is what health care represents, without having some winners and losers.” 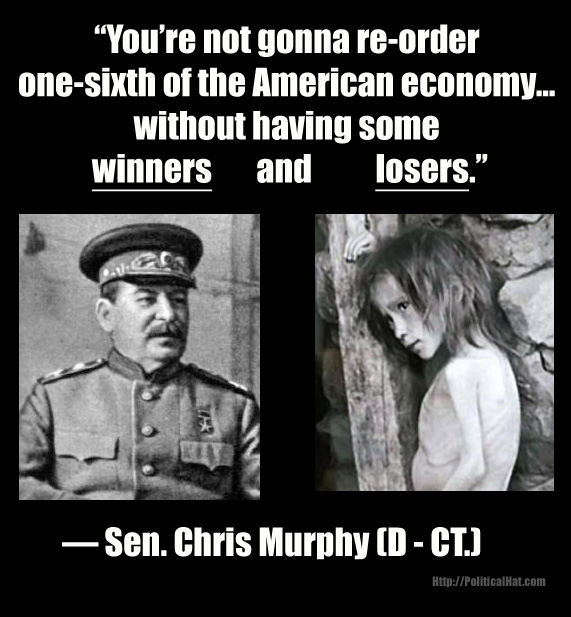