Oceans Are People Too According To Science 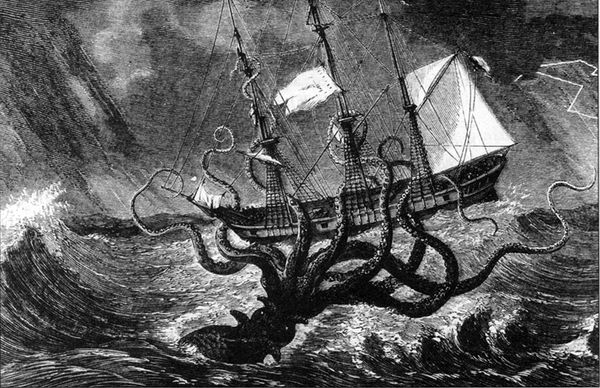 We’ve seen politicians and activists declare bodies of water to have fundamental rights akin to a human. Now, a major scientific journal professing its belief in… animism.

“Rights of Nature is one legal framework within the body of Earth law. As evidenced by global comparative studies, Rights of Nature recognizes Nature as a living being with inherent rights and that society has a right to defend and protect Nature. Therefore, the emerging Rights of Nature movement seeks to illustrate Nature as valued for itself (intrinsic value), no longer viewed as an object or property, but as a subject with rights. As such, references to the Ocean, Ocean-centered governance, and Nature are capitalized in this Essay to be consistent with the Rights of Nature framing and recognition as a legal entity and noun.

“By positioning the Ocean as a living entity with inherent rights, governance advances understandings that the Ocean has agency, is an actor worthy of representation, and that democratization of global Ocean governance must be inclusive of Ocean values and diverse ‘waves of knowing’ or deep ancestral knowledge and connections to place that center Ocean relationality.”

They are declaring the “Ocean” (as if it were a singular life-form that can make choices). This is not science. It is magical thinking and profession of animism.

They also want to have it both ways when it comes to humans and the environment. On one hand, humans and the rest of Gaia are all coequal in rights, which can only be protected by global governance acting as a Volonté Générale or collective will of all life and non-life that makes up this planet.

“Ocean-centered governance ensures the agency or representation of nonhuman stakeholders in decision-making processes, such as through human guardians (other terms used include protectors, stewards, trustees, and custodians) and recognizes the global population as including all species, with humans as just one entity within the system, thereby constraining economic activity within ecological limits.”

Yet they also put humans outside of the ecosystem and treat human actions as alien and unnatural.

“Linda Sheehan postulates a definition of health as ‘normal form and function’ over a long period of time and ‘demonstrat[ing] sufficient organization, vigor, and resilience to allow ecosystems and species to exist, thrive, and evolve as natural systems within the context of their expected natural life spans’. Ocean-centered governance recognizes Oceanic ecosystems as all intrinsically valuable and determines metrics for what constitutes a “healthy” Ocean as defined by the Ocean’s intrinsic needs, including chemical, physical, and biological needs, rather than the Ocean’s utility as a human resource or economic benefit.”

To put it another way:

“Again, this is not science, but radical ideology, promoted by non-scientists in a supposedly scientific journal. The ideas presented are akin to the Gaia Theory which sees the entire earth as a living entity. The goal of “constraining economic activity” is clearly stated, which of course means restraining capitalism and installing an international socialized technocracy to govern the use of ocean resources.

“It is a very long essay, but you get the gist. The goal is to move away from a proper regulatory approach to conserving and husbanding ocean resources to the establishment of an international technocracy — rule by experts and ideologues — that would treat humankind as merely one species among the rest, an earth-religion approach that would substantially harm our thriving and freedom.”

The full article can be read here.