Scotland Where Toddlers Are Transgender and Crayons Are Trans-color

Ah, Scotland, the modern day lad of a totalitarian nanny state that has decided that if your pre-school toddler wants to be transgender, then the government will make sure they can be transgender… and make sure that those pesky lesser parents don’t find out lest they try to interfere.

“A 70-page document, issued to schools north of the border on Thursday, calls on teachers not to question pupils if they say that they want to transition to live as a boy or a girl and to instead ask them for their new name and pronouns.

“The controversial guidance claims that it is possible to ‘come out’ as transgender ‘at any age’ and that the views of young people should be respected if they do not want their parents to be informed.

“Scotland’s schools have also been told that trans pupils should be able to use whatever lavatory or changing room they choose, to develop ‘gender neutral’ uniform options, and to include transgender characters and role models in reading material and lessons.”

To support this woke view, there will be books and posters including a book about a blue crayon that is “labelled” as red, much how “gender” is supposedly “assigned”. 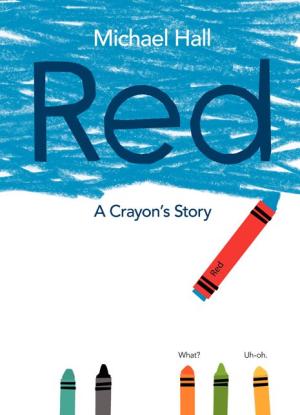 And yes, this book is real.

Flyer for "Red: A Cray… by ThePoliticalHat

We are living in such times.