Mastadon is one of many independent open protocol social networking sites that are capable of interacting with each other similar to e-mail, as opposed to closed social media like Twitter or Facebook. This “Fediverse” allows people to set up their own server (i.e. “instances”) with their own rules for membership, or even just for their own personal use, such that it becomes impossible to completely ban someone from this interconnected social media.

One such “instance” is one run by and for “witches”. Unsurprisingly, the three question they ask any “witches” who are trying to join is exactly what you’d expect from practitioners of magical wokeness whose leader’s account name is “endcapitalism”

What is your favorite emoji?

What is your favorite fact about cats?

What kind of spell would you most enjoy using to end capitalism?

So magical dudes can respectfully join in. Oh, and also werewolves, though since “were” in this case refers to human males who turn into wolves specifically, it remains to be seen if they allow wifwolf bitches into their little coven…

So, apparently the greatest evil of the Confederate States of America was persecuting witches? 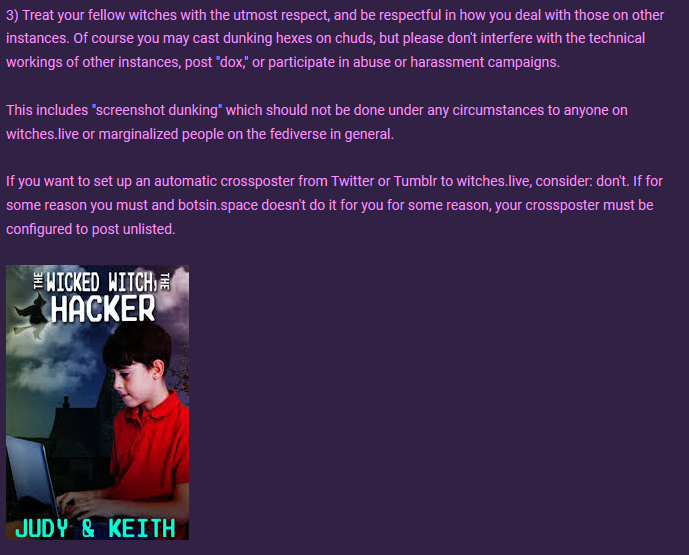 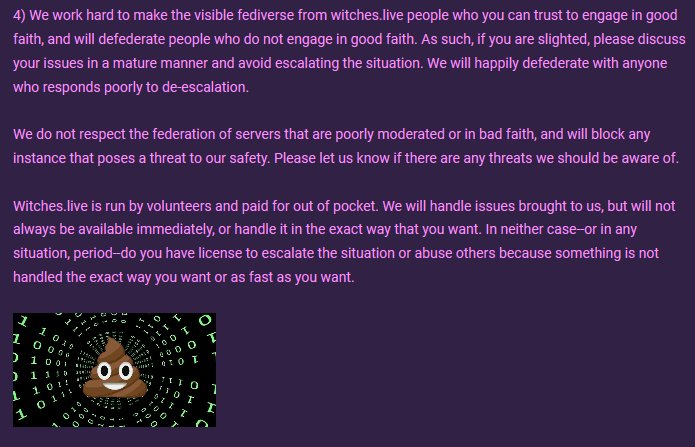 So, it’s a safe space! One of the benefits of decentralized social media is that you can join an instance that can set its own standards and even block instances that they want to… all without bothering anyone on other instances interaction with other instances. 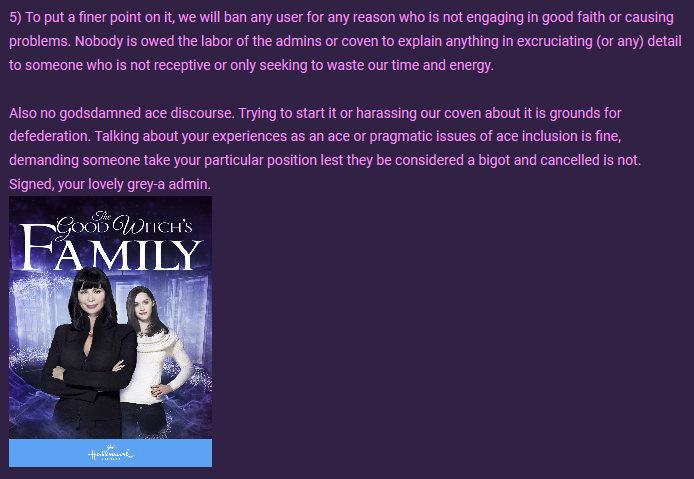 Does “ace” here refer to a new “gender”?

Enjoying the free speech benefits of a country they want to overthrow… and with that the need to extend free speech to “muggles”, one can but presume. 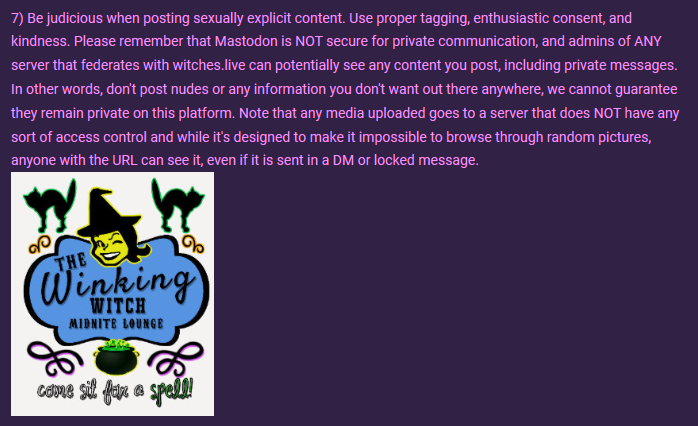 Funny how they mention that sexually explicit content is OK, just as long as it is “judicious”, yet in Rule № 2 they also explicitly mention that they welcome minors, despite saying that MAPs (Minor Attracted Persons) are not welcome.

Though this “Fediverse” instance makes most people’s eyes roll back, it ought to be said that they are willing to do their own thing rather than be a moral crusader on the social media tech giants’ platforms like Twitter, Facebook, &c.

One Response to Witch-verse of the Federation