Moons Are People Too 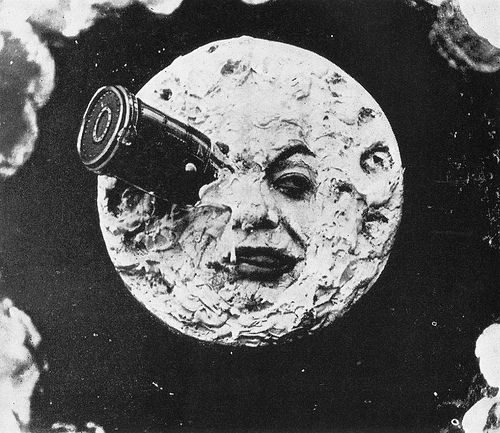 Pictured: The Moon being oppressed.

The twig-worshiping “nature rights” movement to grant inalienable rights and even personhood to ecosystems and “Gaia” now want to do the same to the rest of the cosmos, specifically to “Selene”: Earth’s Moon! The “Declaration of the Rights of the Moon” is as follows.

We the people of Earth –

Acknowledging the unique, intact, interconnected lunar environments and landscapes which exist on the Moon;

Acknowledging the ancient, primordial relationship between Earth and the Moon;

Mindful of how much is still unknown about the co-origins of Earth and the Moon;

Aware that the Moon is critically important to the healthy functioning of the Earth System, and is a vital sustaining component of all life on Earth;

Aware that the Moon holds deep cultural and spiritual meaning for human beings;

Acknowledging that the cycles of the Moon have enabled life itself to evolve on Earth;

Mindful of the immeasurable value the Moon holds as a repository of deep time and connection among all beings who have ever lived on Earth, since its features have remained almost unchanged since time immemorial;

Conscious that wealthy nations and corporations are developing technologies that may make it possible to return to, live on, mine and otherwise alter the Moon;

Aware of humanity’s impact on the Earth – causing ecosystem collapse, a new era of mass species extinction and global climate change – and seeking to avoid destruction and change to the natural systems and ecosystems of the Moon,

The Moon – which consists of but is not limited to: its surface and subsurface landscapes including mountains and craters, rocks and boulders, regolith, dust, mantle, core, minerals, gases, water, ice, boundary exosphere, surrounding lunar orbits, cislunar space – is a sovereign natural entity in its own right and, in accordance with established international space law, no nation, entity, or individual of Earth may assert ownership or territorial sovereignty of the Moon.

The Moon possesses fundamental rights, which arise from its existence in the universe, including:

(a) the right to exist, persist and continue its vital cycles unaltered, unharmed and unpolluted by human beings;

(b) the right to maintain ecological integrity;

(c) the right to be defined as a self-sustaining, intelligent, cohesive, intact lunar ecosystem, beyond current human comprehension;

(d) the right to independently maintain its own life-sustaining relationship with the Earth’s environments and living creatures; and

(e) the right to remain a forever peaceful celestial entity, unmarred by human conflict or warfare.

The Moon is not a “sovereign natural entity”, nor does it have a living ecosystem. It is literally a big rock in space that circles Earth.

Georges Méliès film “A Trip to the Moon” is not a documentary.

Note the this “sovereign” entity not only has rights, but those “rights” extend from its orbit all the way down to the atmosphere of Earth! It’s like astronauts/cosmonauts are “literally” raping the moon with phallic rockets just be going into space!