Is Elon Musk On The Verge Of Making Cyborg Catgirls Real?

Animal cyborg development has been increasing in recent years, with breakthroughs with synthetic DNA, artificial organs/skin, and in vitro growth of brain tissue.   However, the possibility of brain-computer interfaces has been the most intriguing. Now, Elon Musk may be on the verge of making the technology necessary for successful cyborg catgirls real.

“With a device surgically implanted into the skull of a pig named Gertrude, Elon Musk demonstrated his startup Neuralink’s technology to build a digital link between brains and computers. …

“The demonstration shows the technology to be significantly closer to delivering on Musk’s radical ambitions than during a 2019 product debut, when Neuralink only showed photos of a rat with a Neuralink connected via a USB-C port. It’s still far from reality, but Musk said the US Food and Drug Administration in July granted approval for ‘breakthrough device’ testing.

“Musk also showed a second-generation implant that’s more compact and fits into a small cavity hollowed out of the skull. Tiny electrode ‘threads’ penetrate the outer surface of the brain, detecting an electrical impulse from nerve cells that shows the brain is at work. In line with Neuralink’s longer-term plans, the threads are designed to communicate back, with computer-generated signals of their own.” 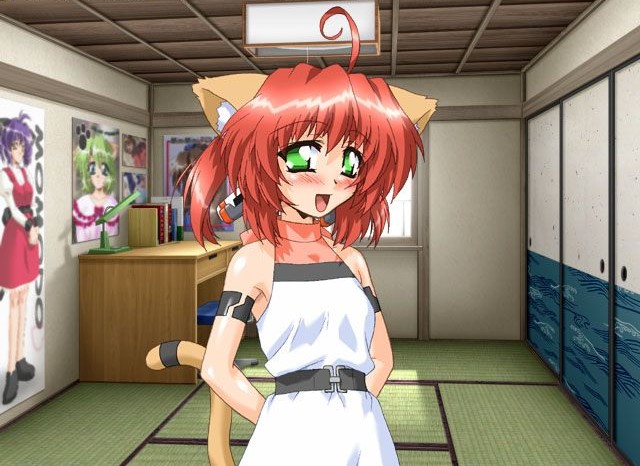 This implant would allow a brain to interact with and control limbs and organs, or to receive external stimuli such as from the sense of touch. The capacity for “conceptual telepathy” is also possible (presumably to allow said cyborg catgirls to communicate with their beloved humans).

3 Responses to Is Elon Musk On The Verge Of Making Cyborg Catgirls Real?