“Doublethink” is an interesting thing when applied in practice. For much of the norms of most of the world, the beliefs and thinking of the broader Left can, more or less, infiltrate societies and change them through tyranny and mutation such that the change almost seems organic and natural; in contrast, America (and to an extent the Anglosphere) the difference is so stark that inevitably one will triumph over the other. And that is the core issue of our time: at the moment we are in an apparent state of “doublethink” but in reality it is civilizational cogitative dissonance that will collapse upon itself in the worst way possible.

Nothing better shows this than the schizophrenia of “racism” in modern America. On one hand most adult Americans believe that racism refers to discrimination by people of one race against another… regardless of which race is which. This is an encouraging finding, however there poll whereby most Americans think that American society is racist! Oh how this confusion can be the cause of misunderstanding and intra-conratry thinking.

But what does this have to do with the question of “normalcy”?

For most people, there is a presumption of normalcy: That most people they are around agree with them at least in some broad consensus and that is said consensus is threatened, that of course their local society at large will respond with manly force and opposition as they imagine themselves doing… and inevitably winning in some fantasy story. They ignore the slow multi-generational Gramscian march not realizing what has been lost and certainly not what will be lost.

Such individuals have been tricked to not look, examine, and embrace those core values of America as taught from parent to child, but to focus on the superficiality of “normalcy” with the assumption that what they perceive as “normal” is the default and that any threats thereto will fail due to “abnormalcy” always losing to the emotionally satisfying and assumptive notion that one’s own beliefs and perceptions are the inevitable conclusion to any and all disruption.

People are too invested in “normalcy”.   For that reason they will never give up life’s “little pleasures” even when such “little preasures” have been corrupted and taken over by the Gramscian march. They will allow not only their cherished institutions and superficial pleasures to be taken over but will excuse inexcusable action because they are tossed a gnawed bone of “normalcy” and for far too many, that is all it takes to pacify.

But when that deep-seated sense of “normalcy” is interrupted, oh how many of those people who decry “soy boys” and fantasize about being the “resistance” will realize that such fantasies become untenable when they are left with no pleasures, no comfortable living, and not even the hope of “normalcy” away from the battlefield in a sane and rational country.

Just look at how many people are losing their mind over having to wear a mask to enter a store.

Most so-called “Patriots” who are flipping out over having to wear a mask will sell out for that sweet, sweet sense of temporary “normalcy”, no matter how much of a trap it is.

Perhaps the root of this problem can be encapsulated “I just want to grill” meme, whereby there is a rejection of the objective threat to said sense of “normalcy” while going through the motions (John Frum style) of normalcy and protection above all else of said superficiality. 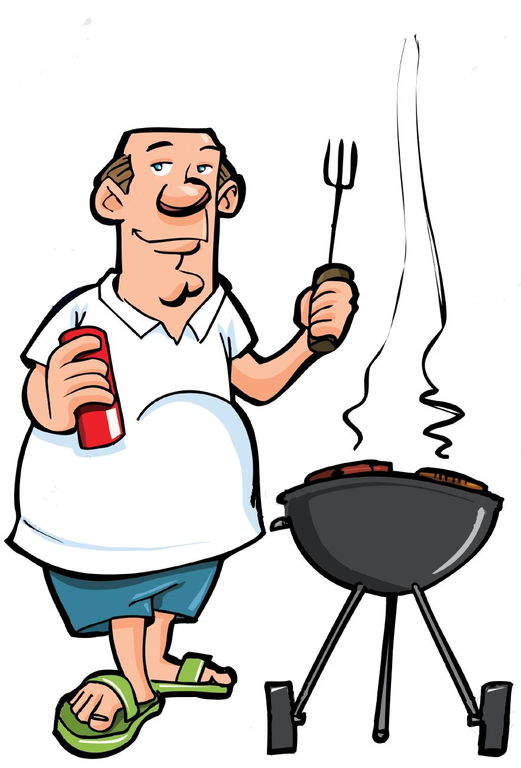 Why didn’t the soy boy β cuckservatives Inc. defeat my enemies for me so I didn’t have to be bothered while I just wanna go and grill for God’s sake!!1!

This, as noted already, is a presumption of normalcy, which ignores the fact that America is a result of countless confluences of events that gave us a rare example of where the rules are above the rulers and where the social norms were of such virtue that broad liberty could exist and even be cherished while be protected by the sober understanding that we will not let our passions forge our fetters.

This, as noted already, is a presumption of normalcy, which ignores the fact that America is a result of countless confluences of events that gave us a rare example of where the rules are above the rulers and where the social norms were of such virtue that broad liberty could exist and even be cherished while be protected by the sober understanding that we will not let our passions forge our fetters.

This is not to say that those who cling to “normalcy” are cohorts in the “fundamental transformation” of America, but simply that for the vast majority who have focused in on their own live and immediate community have been distracted from the real threat by the phantom menace of overt antagonism, thus feeling that the alternatives that are different from such antagonistic demands are somehow acceptable.

This is the Three-card Monte of politics: Distraction from the overt riot and wannabe revolutionaries to help move attention away from the ever-evolving and mutation of the precepts and societal pillars which lay the groundwork for actual and lasting changes that only become evident once it is too late to stop it.

Ah, but this is where the trick or con becomes even more destructive: Rather than focus on those core American values, mores, beliefs, and essential elements that are being undermined, people are drawn only to the “normalcy” that is threatened not realizing that their “normalcy” is already a goner because the underlying precepts of that normalcy have already gone. This encourages to abandon the concept of an organically developed society and embrace the idea that by simple declaration their concept of “normalcy” will triumph by sheer will and faith.

And when that is threatened?

We are seeing that now.

And America has been found wanting from these stress tests. Economically, it is clear we were fragile, and that we must adapt to something both more flexible and robust. But beyond this, the “stress test” of actual and literal revolutionaries trying to tear down everything, in the vein of the “Reign of Terror”, Holodomor, and the “Great Leap Forward, has found us lacking.

So contemplate just what you can do to preserve that core and almost indescribable wonder that is America for future generations.

Accept the possibility of the worst; maximize the future of the best.

One Response to Cult Of Normalcy