Guidebook for Pushing Transgenderism on Children

Posted on December 4, 2019 by The Political Hat

The Left achieves much of its success, via þe olde Gramscian March, by using a plethora of mostly innocuous sounding private organizations that work off each other as a stand alone complex, mostly sub rosa, with each of which is like a separate hydra head that can support the others as needed.

This explains how seemingly sudden and drastic changes can appear to arise out of nowhere, when in fact such aforementioned organizations have been working mostly sub rosa to lay the groundwork to make it happen, with the “sudden” appearance being the final act of victory. Usually the game plan is not made public, and when it is the media either ignorant of it or accomplices to the scheming. Even if the information is made available, few, if any, individuals or organizations that are opposed to such schemes and societal re-designers know where to find such information due to the use of the mostly innocuous sounding private organizations and “charities”.

However, sometimes, such information is found, and those who oppose such changes should publicize this information and spread it to others. Herein is such a case that involved pushing transgenderism on children entitled “Only Adults? Good Practices In Legal Gender Recognition For Youth.” 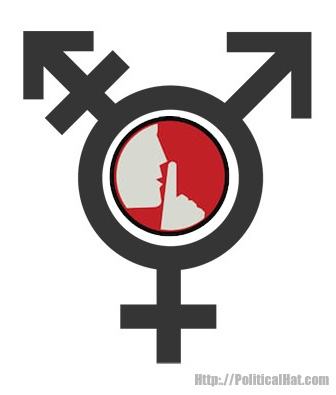 Some of the “good practices” include:

Who is responsible for this?

“Another technique which has been used to great effect is the limitation of press coverage and exposure. In certain countries, like the UK, information on legal gender recognition reforms has been misinterpreted in the mainstream media, and opposition has arisen as a result. ….Against this background, many believe that public campaigning has been detrimental to progress, as much of the general public is not well informed about trans issues, and therefore misinterpretation can arise.

“In Ireland, activists have directly lobbied individual politicians and tried to keep press coverage to a minimum in order to avoid this issue.”

And yes, same-sex marriage is indeed a stalking horse for much, much more.

“In Ireland, Denmark and Norway, changes to the law on legal gender recognition were put through at the same time as other more popular reforms such as marriage equality legislation. This provided a veil of protection, particularly in Ireland, where marriage equality was strongly supported, but gender identity remained a more difficult issue to win public support for.”

Ultimately, this is an admission that organizations, mostly unknown to the public, are working mostly in secret to socially engineer society to fit their Progressive world view:

“A major international law firm has helped write a lobbying manual for people who want to change the law to prevent parents having the final say about significant changes in the status of their own children. That manual advises those lobbying for that change to hide their plans behind a ‘veil’ and to make sure that neither the media nor the wider public know much about the changes affecting children that they are seeking to make. Because if the public find out about those changes, they might well object to them.”

The full report can be found here or read below:

ONLY ADULTS? GOOD PRACTICES… by ThePoliticalHat on Scribd

This entry was posted in Progressives and tagged DOOM, Europe, Gender, Social Justice. Bookmark the permalink.

One Response to Guidebook for Pushing Transgenderism on Children