The Hydra of Equity: Silent and Venomous

The Modus Operandi of the Left consists not of bold and open fighting, or judicial/executive overreach that succeeds due to the Right meekly acquiescing, but rather of a death of a thousand cuts wherein organizations influence and change, sub rosa of course, the fundamentals upon which society rests, meaning that those aforementioned overreaches or seemingly bold actions is not the fighting, but the victory celebration.

These organizations support and reinforce each other both directly as as “stand alone complexes”, giving the illusion of a broad consensus, which is underscored further by a dearth of non-Left wing organizations involved on this level of influence and interaction. Together, these groups and organizations form a hydra, such that if you bring one down, a plethora of others will spring up while the rest of the extant heads are unaffected, with successes not only in deep-blue cities in deep-blue states, but in conservative states and locals as well. This is especially troubling when the real life example of the implementation of the Left’s Eschaton Immanentizing plan known as “equity”. 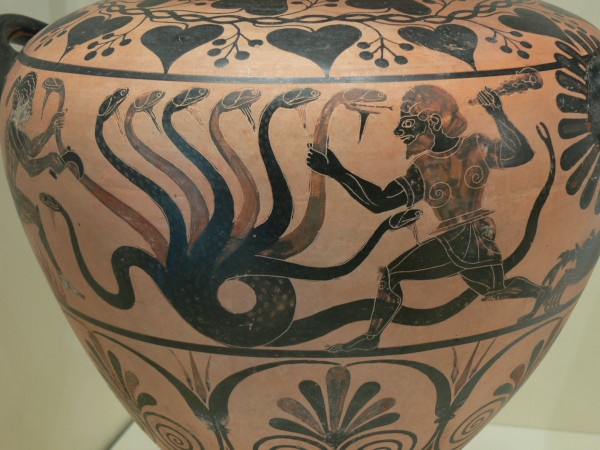 “Equity”, as has been described before, is neither equality under the law, equality of opportunity, nor even the equality of results; it is the belief that some people benefit from unearned privilege by means of systems of oppression that pervade though every aspect of society, and that the only way to achieve true equality, it to not only treat people unequally, but aim for an inequality of outcomes where the designated oppressors end up with less in order to compensate from the institutional privilege they have from the systems of oppression which arises as if it were some mystical miasma of malfeasance to be combated, even to the point of “equity” being seen as integral to “real” democracy since people can not have an “equal” say unless those with institutional privilege are handicapped in order to negate the intstitutional power they are alleged to have. Such a thing can not be disproven, and thus can be perpetually invoked as a justification.

An example of such interlocking organizations pushing the perfidious “equity” is presented in The Daily Caller by Luke Rosiak.

“’School board meetings suddenly became like Mad Libs. They started repeating certain phrases, jamming them into every sentence. It was very odd,’ Margaret McCreary, a Fairfax County, Virginia, parent who eventually learned that the board members were using the ‘equity’ language to push a proposal that could move her children out of their schools, told the Daily Caller News Foundation.

“Fairfax was one of multiple local governments to pass sweeping changes requiring every policy to be seen through the ‘lens’ of race. The changes were justified by academic research from the University of Southern California (USC) that was tough for any city or county, rich or poor, to pass up: If they enacted certain policies, they were told, the cities’ economies could gain billions of dollars.

“A group tied to USC called the Program for Environmental and Regional Equity (PERE) functions to create research — at the behest of funders — that promises billions of dollars in economic growth. Another set of groups introduce the research to individual cities and counties, where it is used to justify a mandate to include ‘equity’ in every government policy. The language is often vague and comprised of obscure jargon.

“That’s the stage Montgomery County, Maryland, is at now, where an official sympathetic to the movement, Uma Ahluwalia, told The Washington Post: ‘It’s nice to throw that word, “equity,” around, but what does it mean?’

“Next, the government solicits and follows advice from a third set of groups — often affiliated with the others — who decode the mandate for them, proposing sometimes-radical policies they say are required to implement it.

“The network of groups share funders and board members and coordinate closely, creating studies and memos that largely consist of circular references to others within their ecosystem.

“Instead, during implementation, the financial rhetoric is swapped out with the justification that the policies are a ‘best practice.’ That means other cities that have previously intersected with the network have done it. In turn, once that city implements the prescribed changes, it is cited as a precedent to the next city where the equity groups are active, and the cycle repeats — even if the desired results never materialize.”

The full article goes into even greater detail, and ought to be read so that one can familiarize themselves and better prepare themselves to fight this on the state and local level. It is, moreover, important to understand the particulars in order to avoid conspiratorial talk. It can be tempting to just blame everything on “Agenda 21” or George Soros, but not only can that make one seem like a “black helicopter” nut which thus alienates people one might otherwise convince, but it ignores that nature of the hydra which does not have a single head and operates like a stand alone complex with separate interacting heads of uncertain and variable number, being a far greater threat than any actual centralized conspiracy ever could be.

This is why it is important to understand the Left—not just what they aim to due, but perhaps more importantly the logic, language, and lingo they have successfully used to implement their immanenizing schemes.

2 Responses to The Hydra of Equity: Silent and Venomous