Biological reality is not a strong area of understanding for those who buy into the entire “transgender” thing. People are told that gender is a completely different thing from biological sex, yet mutilating one’s body and doping up on hormones is called “gender affirming surgery”. But even then one would think that the actual physical differences between the sex organs of the two biological sexes would still be acknowledged. Apparently not…

Nobody teaches trans girls about our periods. We just get these weird times where we're moody and crampy and sad and we don't know why and just chalk it up to another reason we're not good enough in life.

So, just so you all know: Trans. Girls. Get. Periods. 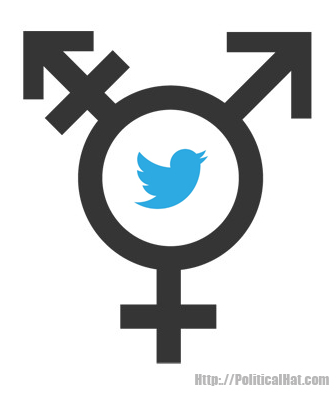 It is quite clear that what is going on in our bodies is the exact same thing minus one organ. Afab ppl's periods vary greatly. Some don't even get any real symptoms. Why should trans women's periods not count just because we lack one symptom?

Perhaps even more delusional is that idea that not only “gender identity” but biological sex itself is a social construct imposed on us by doctors working on behalf of an oppressive system of oppression.

Does it ever occur to these ppl that maybe, just MAYBE, hormones have similar effects on human bodies regardless of what sex they were assigned at birth? It's not like we're all made of the basic materials or anything…

This is the inevitable route that the trans-gender movement has been slowly walking us down for decades. But this isn’t about science or even reality itself.

It is basically a totalitarian form of sympathetic magic where they believe that they can be the opposite sex by taking on the superficial form and appellation thereof while stopping anyone from interrupting the magic spell by invoking objective biological reality.

3 Responses to “So, just so you all know: Trans. Girls. Get. Periods.”