Calls for the replacement of a population with one more amenable one is at this point a sad and pathetic, if true, trope of the Left.  “Tommy Commie” Hayden called for the kindler, gentler genocide of White people, and Nevada state Sen. “Tick” Segerblom has expressed similar enthusiasm for the elimination of White people. 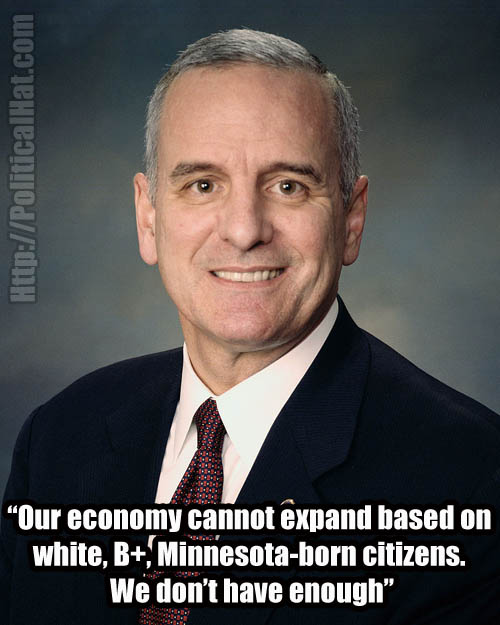 But it takes a special type of self-loathing, of the level seen in Europe, to demand that everyone accept the importation of those who are ideologically anthithetical, or to GTFO if they do not.  Minnesota Governor Mark Dayton is just that special type:

“Dayton bluntly stated his opinions on the racial tension in St. Cloud and across the state in regards to immigration.

It would seem that White people and Christians are just too #Problematic for Gov. Dayton.  But then, he is probably looked upon with envy by the elite in Rotherham…