The Invasion of Europe

This isn’t a matter of helping a few poor women and children refugees.  But an open stampede of those who want to take advantage of the European welfare state.  Rather than a position of ignorance, the powers-that-be, such as with in Sweden, are against assimilation and are more than happy to let these invaders destroy the vestiges of Western Civilization, in the deluded idea that these so-called powers-that-be will then somehow be able to create a socialist utopia amidst an aggressive and alien people.

As Gov. Jindal (R-LA) said: “Immigration without Assimilation is Invasion.”

And there are plenty of invaders who openly admit that this is an invasion and that they will solve Europe’s population implosion by breeding under their conquest:

Though there is some sign that many European countries are finally starting to stand up against this invasion, not of women and children, but primarily of young men:

“The migrants are largely young men from rough, tough parts of the Muslim world. There is now a queue of them that stretches all the way east to Bangladesh and beyond, and deep down into sub-Saharan Africa. People have sold cattle, abandoned houses, robbed employers, left wives and children, and burned all sorts of bridges to come. There are now hundreds of thousands, perhaps millions, of them. Many are war-hardened. They are looking for money, food, and female companionship, and they are convinced that Europeans are gullible sissies.”

That a moribund Europe invites such invasion is par for the course in history, but such exuberance for being invaded and relegated to the dustbin of history is alarming.

This is a difference between a healthy and expanding civilization and one that is morbund: The former, if it were deemed morally important, would go to the source of the problem and take care of the root of the matter at its source; the latter would invite that problem to spread to them, like a bird inviting a cuckoo to lay her eggs in the nest.

Where’s a “Hammer” when you need him… 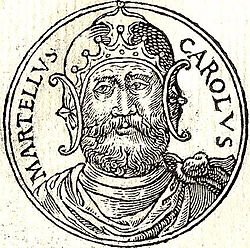 This entry was posted in Uncategorized, War & Terror and tagged DOOM, Europe. Bookmark the permalink.

4 Responses to The Invasion of Europe