It comes as little surprise for the sane and the rational that when you push identity politics with the only unifying theme being to fight the Kyriarchy, the lack of straight White cis-gendered males results not in a spontaneous utopia, but those interest groups turning on each other. 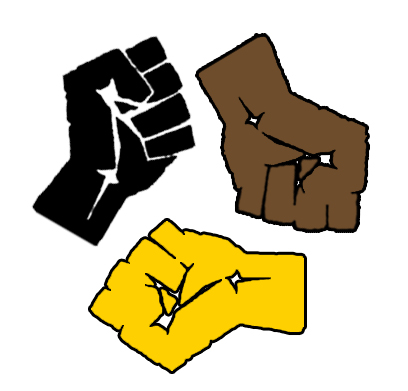 One of the biggest example of that was with the attempt by the California Soviet Legislature to legalize racial discrimination for college admissions.  The funny thing is, that Whites weren’t the group that was overwhelmingly over-represented; the racial group that was over-represented was those of Asian decent.  The only way they could make “historically underrepresented groups” reflect the California population without discriminating against Whites to the point that they too were underrepresented, would be to discriminate against Asians an a most egregious way.  Obviously, parents and various Asian community groups fought back against this.  The cracks in the Left’s racial coalition has started to crack.

Now, some Blacks are starting to speak out against massive illegal immigration.  The Democrats are quite willing to throw them under the bus since they will likely vote overwhelmingly Democratic as ever.  But some are figuring out that massive waves of illegal immigrants may reduce the percentage of White people and their electoral power, but that it also reduces their percentage of the population and their electoral power.

When you teach groups of people to think in terms of tribalism and putting the interests of their race (or sex or sexuality) first, you are teaching them to not only put themselves before the straight White cis-gendered males, but before all other groups.  When you start running out of White people, the only way you are going to get a larger slice of the pie is from other non-White (or non male/straight) groups.

When you racialize groups to the point of it becoming “us vs. them,” people will (Berkely Bolsheviks aside) always seek to put “us” over “them.”   While you might be able to temporarily focus people against a common “them,” sooner or later that common “them” ceases to be the biggest competitor, and focus invariably shifts to where more evident conflict arises.

The Progressives created this mess, and people of all races will suffer for it.